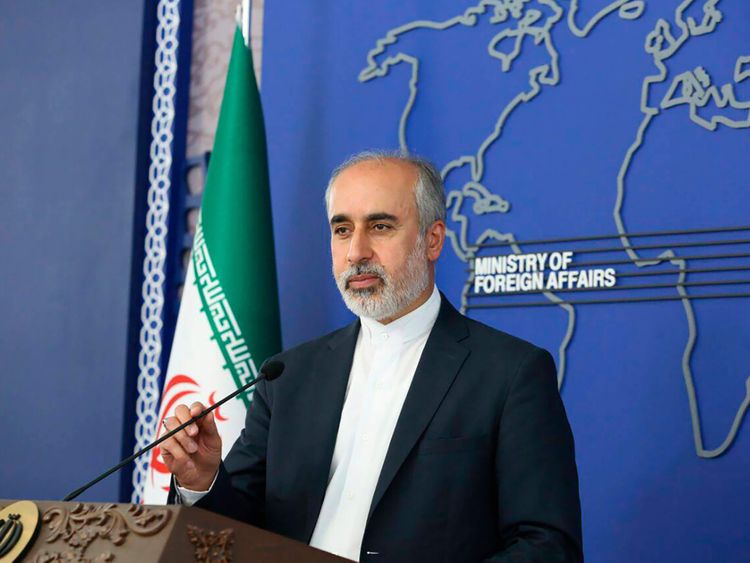 DUBAI: Iran said on Monday that talks with Saudi Arabia was a separate matter from talks to revive Tehran’s 2015 nuclear pact, adding that cooperation between Tehran and Riyadh could help restoration of calm and security in the Middle East.

Iran, meanwhile, accused the United States of “procrastinating” in indirect talks aimed at reinstating Tehran’s 2015 nuclear deal, and said a prisoner swap with Washington was not linked to the negotiations.

After 16 months of fitful, indirect US-Iranian talks, with European Union officials shuttling between the sides, a senior EU official said on August 8 it had laid down a “final” offer and expected a response within a “very, very few weeks.”

Iran last week responded to the EU’s text with “additional views and considerations”, while calling on Washington to show flexibility to resolve three remaining issues. The United States last week said it was studying Iran’s response.

“The Americans are procrastinating and there is inaction from the European sides…America and Europe need an agreement more than Iran,” Iran’s Foreign Ministry spokesperson Nasser Kanaani told a news conference.

“Until we agree on all issues, we cannot say that we have reached a complete agreement,” he said.

Meanwhile, the United States has repeatedly called on Tehran to release several Iranian-Americans held in Iran on security charges. Iran has demanded several Iranians detained on charges linked to US sanctions to be freed.

“We emphasize that the exchange of prisoners with Washington is a separate issue and it has nothing to do with the process of negotiations to revive the 2015 pact,” Kanaani said, adding that Tehran was ready to swap prisoners.

In 2018, then-President Donald Trump reneged on the deal reached before he took office, calling it too soft on Iran, and reimposed harsh US sanctions, prompting Tehran to begin breaching the pact’s nuclear curbs.

“We seek a good agreement which would guarantee Iran’s national interests and would be long-lasting…We won’t be bitten twice,” Kanaani said.

The 2015 agreement appeared on the verge of revival in March after 11 months of indirect talks between Tehran and US President Joe Biden’s administration in Vienna.

But talks broke down over obstacles such as Tehran’s demand that Washington provide guarantees that no US president would abandon the deal as Trump did.

However, President Joe Biden cannot provide such ironclad assurances because the deal is a political understanding rather than a legally binding treaty.