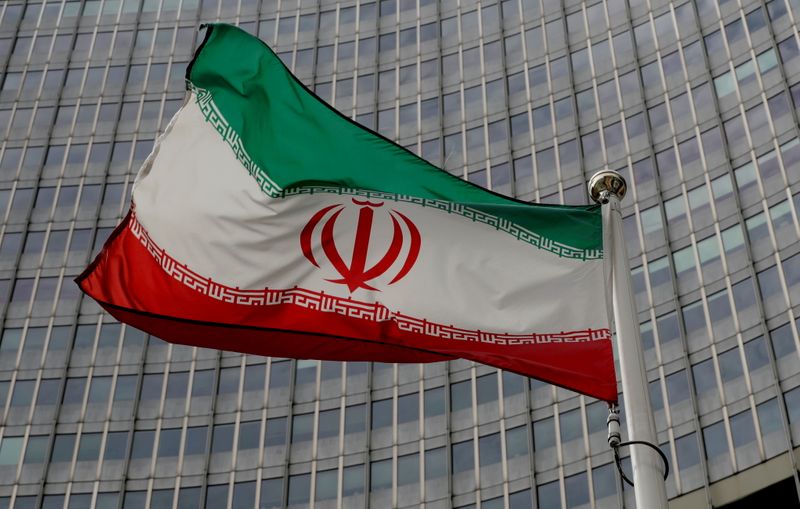 DUBAI (Reuters) – Iran’s decision to produce uranium metal enriched to 20% purity is solely for peaceful purposes, an Iranian foreign ministry spokesperson said on Wednesday, adding that Tehran will reverse its nuclear steps as soon as U.S. sanctions are lifted.

“Contrary to the claims of the United States and the European powers … this measure is solely for peaceful purposes and it is for use at Tehran Research Reactor,” said Foreign Ministry spokesperson Saeed Khatibzadeh, according to Iranian state media.

The U.N. nuclear watchdog said on Tuesday that Iran had started the process of producing enriched uranium metal. Tehran said it had informed the agency about its decision.

Iran’s move drew criticism from the United States and three European powers that have been in talks with Tehran since early April to revive a 2015 deal under which Iran accepted curbs to its nuclear programme in return for the lifting of sanctions.

Washington exited the agreement three years ago, and Iran has responded by gradually breaching its restrictions.

“This measure does not contradict Iran’s non-proliferation and safeguarding obligations under the 2015 deal … and Tehran is prepared to reverse its steps when sanctions are lifted,” Khatibzadeh said.

U.S. and European officials made clear on Tuesday that Iran’s decision would complicate, and potentially torpedo, indirect U.S.-Iranian talks aimed at bringing back Tehran and Washington into full compliance with the pact.

Tehran has already produced a small amount of uranium metal this year that was not enriched. That is a breach of the deal, which bans all work on uranium metal since it can be used to make the core of a nuclear bomb. Iran has always denied seeking nuclear weapons.