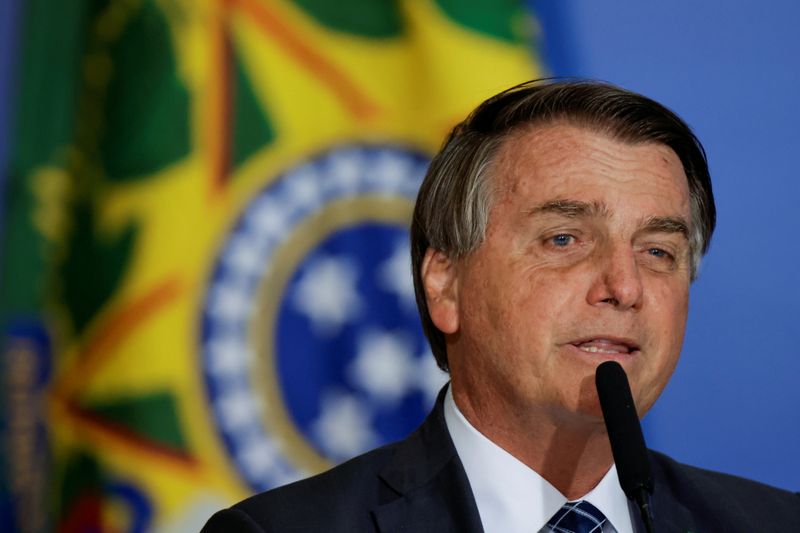 BRASILIA (Reuters) -Brazil’s President Jair Bolsonaro said on Wednesday he may not accept the result of a presidential election next year unless the voting system, which uses computers to record votes, is replaced with printed ballots that he favors.

“If this method continues, they’re going to have problems,” he said on a radio interview. “Because one side, which is our side, may not accept the result.”

Bolsonaro’s comments add to concerns that he is setting the stage to refuse to accept an election loss in 2022, much like his hero, former U.S. President Donald Trump.

Bolsonaro’s comments also represent a hardening of his unfounded stance that the current system is liable to voter fraud. He is pushing a bill for printed votes, but it has failed to gain much traction in Congress.

Last week, Bolsonaro said he would not hand over the presidency if there was any vote fraud, the latest in a series of broadsides that critics argue are designed to weaken the credibility of Brazil’s electoral system.

The president also said in the radio interview on Wednesday that he had asked the chief executive of state-run oil giant Petrobras to oblige Brazilian refineries to publish a breakdown of fuel prices so consumers know how much of the price of fuel was made up of taxes.