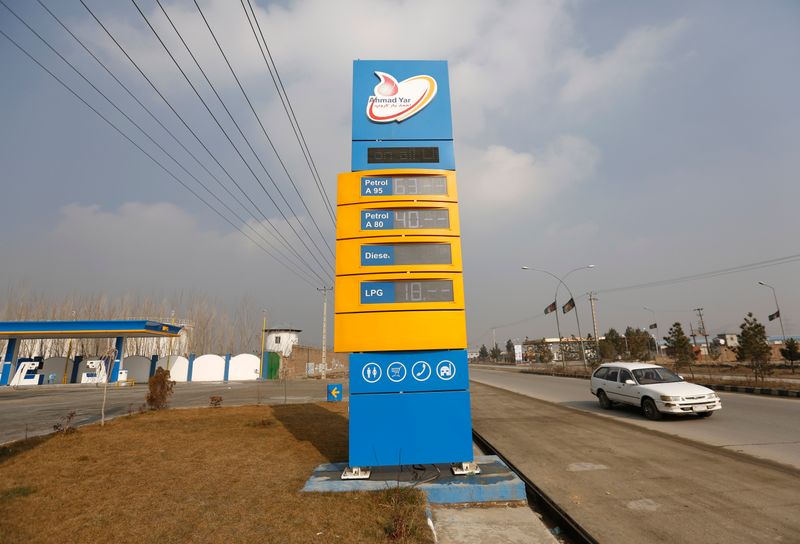 LONDON (Reuters) -Iran restarted exports of gasoline and gasoil to Afghanistan a few days ago, following a request from the Taliban, Iran’s Oil, Gas and Petrochemical Products Exporters’ Union said on Monday.

The Sunni Muslim group seized power in Afghanistan last week as the United States and its allies withdrew troops after a 20-year war.

The price of gasoline in Afghanistan reached $900 per tonne last week as many panicked Afghans drove out of cities, fearing reprisals and a return to a harsh version of Islamic law the Taliban imposed when in power two decades ago.

To counter the price spike, the new Taliban government asked Shi’ite Iran to keep the borders open for traders.

“The Taliban sent messages to Iran saying ‘you can continue the exports of petroleum products’,” Hamid Hosseini, board member and spokesperson at the Iranian union in Tehran, told Reuters, adding that some Iranian traders had been cautious due to security concerns.

Iranian exports began a few days ago, after the Taliban cut tariffs on imports of fuel from Iran up to 70%, Hosseini added, showing an official document from Afghan Customs organisation.

The main Iranian exports to Afghanistan are gasoline and gasoil. Iran exported about 400,000 tonnes of fuel to its neighbour from May 2020 to May 2021, according to a report published by PetroView, an Iranian oil and gas research and consultancy platform.