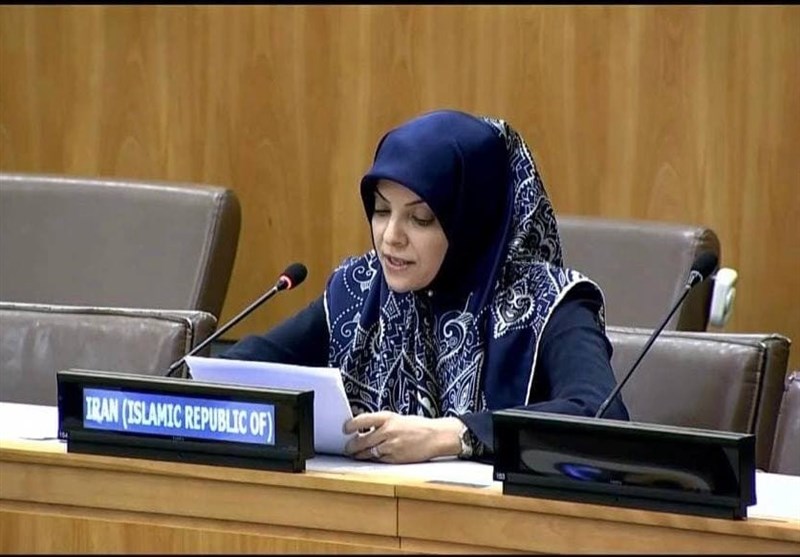 TEHRAN (Tasnim) – Iran’s deputy ambassador to the United Nations highlighted the country’s determination to take the necessary measures for the empowerment of women and girls and provide the ground for them to play their important role in the society.

Ambassador and Deputy Permanent Representative of Iran to the United Nations Zahra Ershadi delivered a speech to a Thursday meeting of the UN Security Council on “women, peace and security:  investing in women in peacekeeping and peacebuilding”.

In her comments, the Iranian diplomat underlined that “the Islamic Republic of Iran attaches great importance to the role that women can play, in different parts of the world, in preventing and resolving conflicts as well as the peace process and peacebuilding.”

“Women and girls are amongst the most vulnerable people who suffer from the conflict situations as they are subject to violence including sexual exploitation. Therefore, every effort should be made to ensure the security of women in armed conflicts,” she noted.

“Women can play an important role in conflict prevention and resolution. They can also make significant contributions to the peace and security. In this context, their role needs to be promoted and strengthened. Nevertheless, the Security Council should address the subject of women, peace, and security insofar as it falls within its mandate under the UN Charter, namely the maintenance of international peace and security,” Ershadi added.

“Accordingly, those issues which are essentially not related to international peace and security, must be addressed by the relevant organs of the United Nations, namely the General Assembly, the Economic and Social Council and the Commission on the Status of Women,” the envoy said.

“In promoting and enhancing the role of women in peace and security, specific national conditions and historical and cultural differences must be fully recognized and respected. As such, it is essential that the national ownership of the concerned government and people are respected in conflict resolution and post-conflict reconstruction,” she stated.

“Having been subjected to aggressions and illegal unilateral coercive measures, which have violated the basic human rights of women and girls, the Islamic Republic of Iran is determined to continue to do what is necessary for the empowerment of women and girls and provide the ground for them to play their important role in the society, and to fully utilize their potentials and abilities including in the area of peace and security,” the Iranian diplomat concluded.