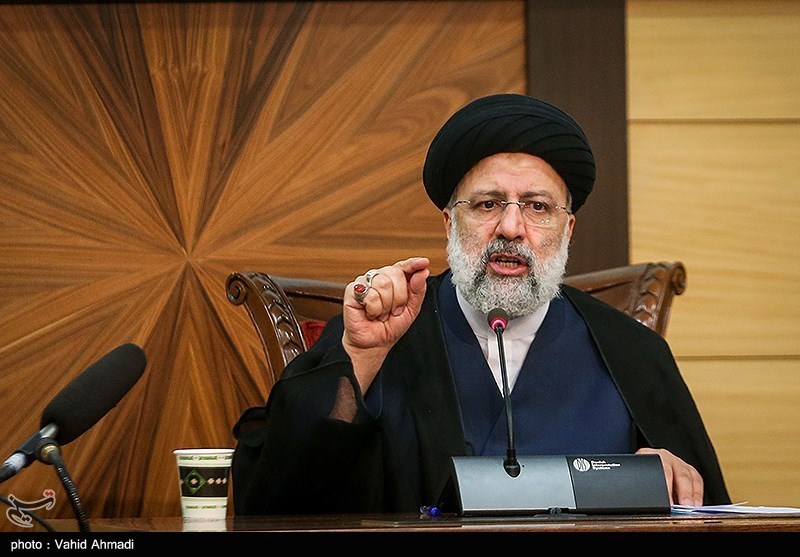 Presidential candidate Seyed Ebrahim Raeisi said he will work, if elected, to promote the country’s economic relations with its neighbors first, and the rest of the world community next, as part of the measures on his agenda to tackle the people’s economic problems.

At a campaign meeting on Wednesday with businessmen and members of Iran’s commerce, unions, and cooperative chambers, Raeisi outlined the measures that the next administration would need to take at home and abroad in order to fix the country’s economy.

“We want a strong Iran and the groundwork is already laid” to achieve that goal, said Raeisi. “Human resources, mines and treasures in the country serve as the basis. What’s now needed is efficient, Jahadi (arduous) management, which could turn these elements into power and strength.”

Raeisi, who is the chief of Iran’s Judiciary, said links should be established between science and universities, production and the market, and economy and diplomacy in order to speed up the country’s economic progress.

The candidate expressed dissatisfaction with the current level of Iran’s share in the regional market and told the businessmen, “With your help and through strong diplomacy, we can establish good relations with the regional countries and raise the volume of our exports (to neighbors) to the best level.”

“We believe in interactions with the entire world in order to solve the (country’s) economic issues, (but) the regional countries should be a priority,” he added.

Raeisi will be contesting the June 18 presidential election along with six other candidates.

The campaigns are highly expected to revolve around the country’s economy, which has been battered by harsh American sanctions and mismanagement.

The veteran judicial official has said he will be running on a platform of putting up a fight against corruption and tackling such economic problems as poverty, unemployment, and inflation.