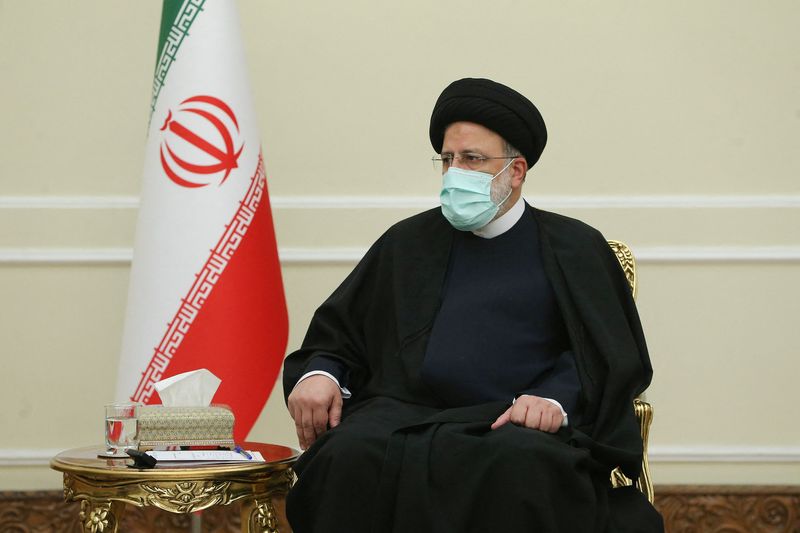 DUBAI (Reuters) -Iran is ready for more talks with Saudi Arabia if Riyadh is willing to hold the talks in an atmosphere of mutual understanding and respect, the semi-official news agency Fars quoted Iranian President Ebrahim Raisi as saying on Saturday.

Regional rivals Iran and Saudi Arabia, which severed diplomatic ties in 2016, launched direct talks hosted by Iraq last year at a time when global powers are trying to salvage a 2015 nuclear pact with Tehran, and as U.N.-led efforts to end a war in Yemen stall.

“Iran is ready to continue these negotiations until reaching an outcome, provided that the Saudis are willing to continue the negotiations in an atmosphere of mutual understanding and respect,” Fars quoted Raisi as saying in a phone call with Iraqi Prime Minister Mustafa al-Kadhimi.

In another sign of a thaw in relations, Iran said last month that three Iranian diplomats had arrived in Saudi Arabia to take up posts at the headquarters of the Organisation of Islamic Cooperation (OIC) in Jeddah.

Tehran and Riyadh have held four rounds of talks in Iraq, with Baghdad hoping its mediation would stop the neighbours seeking to settle scores on its territory. Saudi Arabia has described the talks as cordial but exploratory, while Tehran says they had gone a “good distance”.

Saudi Arabia and Iran have backed opposing sides in regional conflicts and political disputes in Syria, Lebanon and Iraq for years, and Saudi Arabia has led an Arab coalition waging war against the Iran-aligned Houthi movement in Yemen since 2015.