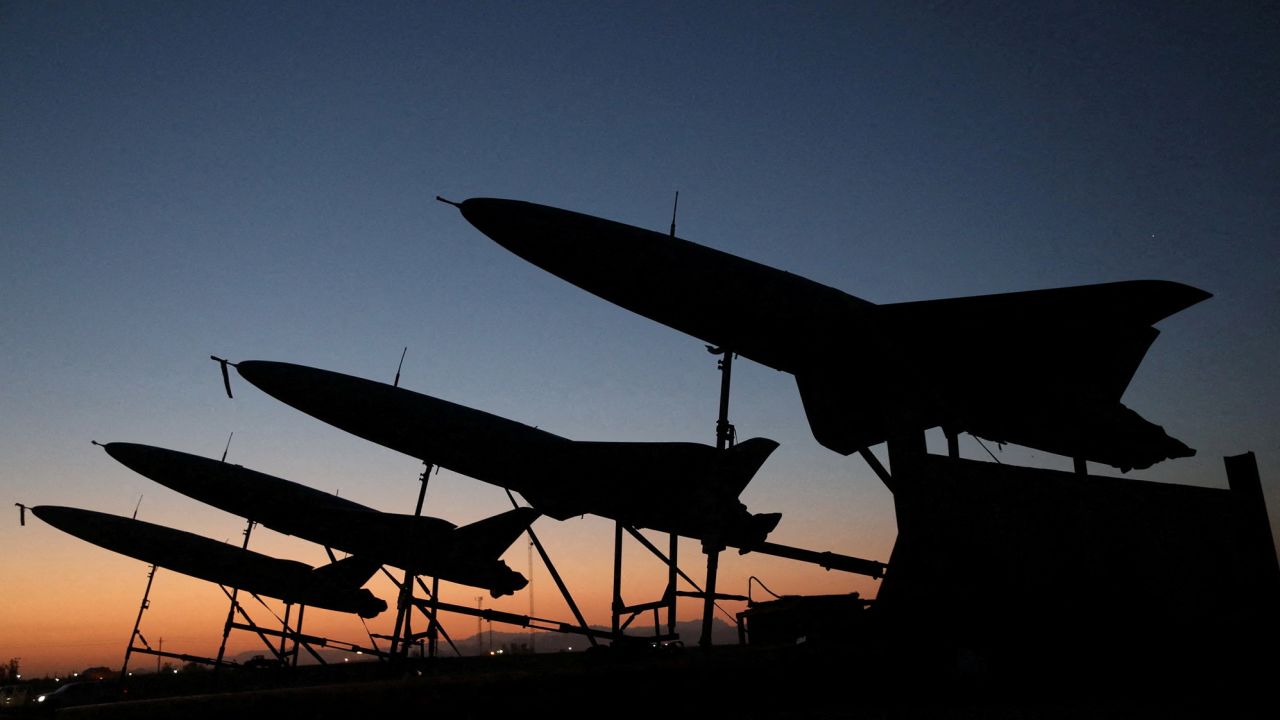 Share
Tweet
Share
Share
Email
Comments
Iran is slowly entrenching itself as a player in the Ukraine war
Abu Dhabi — As Russia faces growing setbacks in Ukraine, it appears to be increasingly turning to Iran for help, in a development that has sparked concern from the West and Tehran’s regional adversaries.

Sources familiar with US intelligence have told CNN that Iran has sent military trainers to Crimea to train and advise the Russian military on the use of Iranian-built drones that Moscow has used to rain down terror on cities across Ukraine.

The presence of Iranian personnel in occupied Ukrainian territory would mark a significant escalation in Iran’s involvement in the war in support of Russia, and a new phase in the two countries’ budding military alliance.

Reuters on Tuesday also reported that Iran may supply Russia with surface-to-surface missiles. Nasser Kanani, the spokesperson for Iran’s Ministry of Foreign Affairs, denied the allegation, saying Iran “has always opposed the continuation of the [Ukraine] war.”

Despite their differences, Iran and Russia have been getting closer because they “share the same threat perception,” said Behnam Ben Taleblu, a senior fellow at the Foundation for Defense of Democracies, a hawkish think tank in Washington. “They see a regional order aligned against them by an extra-regional power,” he said, referring to the United States.

If Iran sells missiles to Russia, this would mean that it is “moving some of its most accurate, some of its most precise ammunition closer to Europe,” he said. “It is critical to see Iranian involvement with Russia as part of its larger war with the West.”

Since Russia’s invasion, the two sanctioned countries have cooperated on political and economic matters, with the military dimension being the latest facet in their relationship.

Major General Yahya Safavi, a top military aide to Iran’s supreme leader, on Tuesday boasted that 22 countries are now in the market for Iranian drones.

Iran, which before the 1979 revolution imported most of its weapons, now manufactures more than 80% of its military equipment, he was cited as saying by semi-official news agency Fars.

Iran and Russia have repeatedly denied the Islamic Republic’s involvement in Ukraine, but analysts have said that the news around Iranian drones isn’t necessarily seen as bad publicity in Tehran.

While Russia’s use of Iranian weapons may say more about its desperation in the war than Tehran’s military prowess, experts say that media reports about Iran’s killer drones are bolstering its image as it tries to show the world that its arms can compete in international conflict.

“For the Iranians, it is about getting market share, it is about prestige, it is about solidifying alliances,” said Eric Lob, a non-resident scholar at the Middle East Institute’s Iran program, adding that these are incentives for a country that is as isolated as Iran.

Iran hasn’t been known as a weapons exporter. Its arms were previously sent to ideologically aligned proxies in Iraq, Yemen and Lebanon, largely to fulfill the Islamic Republic’s own regional agenda. The Ukraine war, say analysts, is changing that.

Drones have been in use in the Middle East for several years, but, Lob said, “the Iranians have been working on their indigenous drone capabilities since the Iran-Iraq war, since the 1980s,” giving Tehran ample time for further advancement.

The Ukraine war is an opportunity for Iran to observe how its drones are being used in the battlefield, so it can look at the shortcomings and see how to further improve them, said Aniseh Bassiri Tabrizi, a senior research fellow at the Royal United Services Institute (RUSI) in London. She added that “it is possible that what is happening in Ukraine would bring Iran more customers… Iran really wants to be a big player in the arms and drones industry.”

But Iran’s foes will also be watching the performance of its drones in Ukraine. Its regional rivals in the Gulf Arab states have been direct targets of drone attacks by the Iran-aligned Houthi group in Yemen, and they have accused the Islamic Republic of supplying those drones.

“It’s a threat and it’s an opportunity,” he told CNN. “It’s an opportunity for us to really see [Iranian] capabilities on the grounds, learn about what’s going on. On the other hand, one of the things that worries us is that [weapons]… might arrive to Hezbollah, for example, [or] to Hamas.”

“It’s a challenge all the time to keep developing and always being one step ahead [of] the capabilities that the other side is developing,” he said. “So we are watching very closely what is happening in Ukraine.”

Tehran and Moscow’s growing military ties are, however, “bad news” for the West, he said, “because [we’ve] never seen such a tight and close cooperation between Russia and Iran.”

Regime change instigated from Washington is not part of the Biden administration’s policy on Iran, US Special Envoy for Iran Robert Malley told CNN’s Becky Anderson on Monday.

Nationwide protests have been ongoing for over a month following the death of 22-year-old Mahsa Amini with calls for regime change ringing around the streets.

Here’s the latest on this developing story: