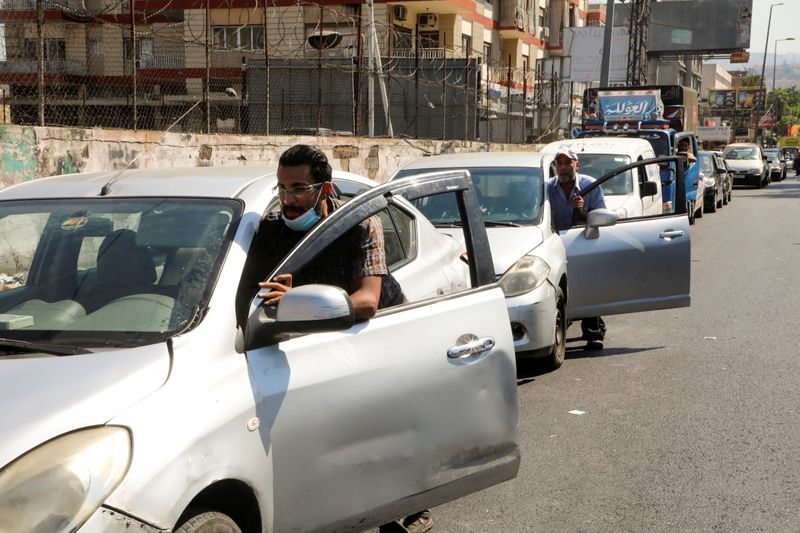 FILE PHOTO: People push their cars due to a lack of fuel, near a gas station in Dora, Lebanon, August 17, 2021. REUTERS/Mohamed Azakir/File Photo

DUBAI (Reuters) -Iran said on Monday it is ready to ship more fuel to Lebanon if needed, a day after the leader of Lebanon’s Iran-aligned Hezbollah group said more vessels carrying Iranian fuel would sail soon to help ease the country’s fuel shortage.

“We sell our oil and its products based on our own decisions and the needs of our friend. Iran is ready to send fuel again to Lebanon if needed,” Iran’s Foreign Ministry spokesperson Saeed Khatibzadeh said in an online weekly news conference.

“Certainly we cannot see the suffering of the Lebanese people.”

On Sunday Hezbollah’s Hassan Nasrallah said the first vessel shipping Iranian fuel to Lebanon, which last Thursday the group announced was about to leave Iran, had already sailed.

Last week Iran’s semi-official Nournews news website reported that the fuel shipments to Lebanon were all purchased by a group of Lebanese Shi’ite businessmen.

Hezbollah’s foes in Lebanon have warned of dire consequences from the purchase, saying it risked sanctions being imposed on a country whose economy has been in meltdown for nearly two years.

Hezbollah, founded by Iran’s Revolutionary Guards in 1982, has also been targeted by U.S. sanctions.