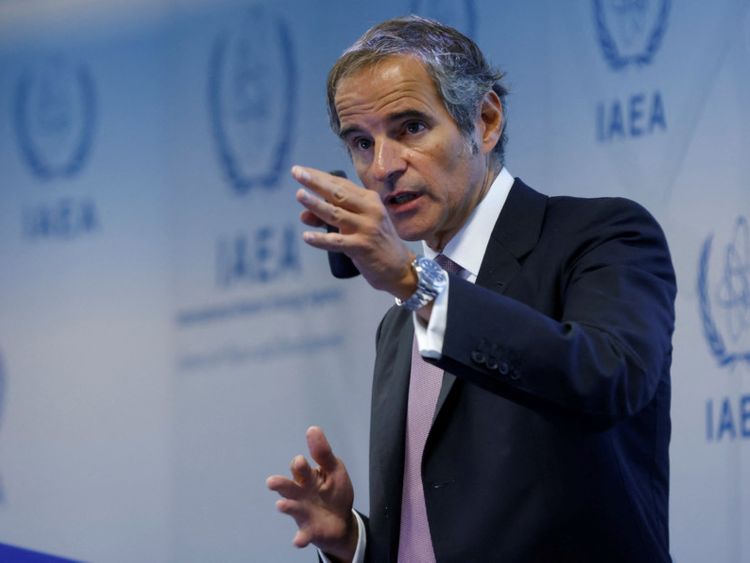 VIENNA: Iran is not “a willing partner” in indirect talks on reviving the 2015 Iran nuclear deal, officially called the Joint Comprehensive Plan of Action, the United States told a meeting of the UN nuclear watchdog’s Board of Governors on Tuesday.

“We stand ready to quickly implement a deal on a mutual return to full implementation of the JCPOA. What we lack is a willing partner in Iran,” the US statement to the International Atomic Energy Agency’s 35-nation Board of Governors meeting said.

Meanwhile, diplomats said Western powers are lobbying other states on the watchdog’s board to jointly pressure Iran to give the agency the answers it has long sought on uranium traces found at three undeclared sites.

At its last quarterly meeting in June the International Atomic Energy Agency’s 35-nation Board of Governors passed a resolution expressing “profound concern” that the traces remain unexplained due to insufficient cooperation by Iran, and calling on Tehran to engage with the watchdog “without delay”.

The Vienna-based IAEA says there has been no progress and no engagement by Iran since then.

Rather than pass a new resolution at this week’s board meeting, the four countries behind June’s resolution – the United States, Britain, France and Germany – have prepared a joint statement reaffirming support for that text, hoping that many other countries will also sign onto it.

“We call upon Iran to act immediately to fulfil its legal obligations and, without delay, take up the (IAEA) Director General’s offer of further engagement to clarify and resolve all outstanding safeguards issues,” the text seen by Reuters says, referring to the years-long IAEA investigation.

A resolution passed by the Board of Governors carries the weight of a formal decision by the IAEA’s top policy-making body that meets more than once a year. Countries banding together to issue a statement without submitting and passing a resolution are merely expressing an opinion.

The issue of the unexplained uranium particles has become an obstacle in wider talks to revive Iran’s 2015 nuclear deal with world powers since Tehran is now seeking a closure of the IAEA’s investigation as part of those negotiations, Western powers say.

This has jeopardised the talks to revive the now badly eroded deal that restricted Iran’s nuclear activities in exchange for relief from Western sanctions, the three European powers said on Saturday, venting their frustration.

A French diplomatic source said Paris and its partners were consulting to see how to respond to the current deadlock and prepare the next IAEA board meeting in November.

“Today there are no active negotiations,” the diplomat said, adding that Western powers had still not given up on finding a diplomatic solution.

In 2018, then-US President Donald Trump abandoned the 2015 deal and reimposed U.S. sanctions, spurring Iran to start breaching the deal’s nuclear curbs and reviving U.S., Arab and Israeli fears that it might be trying to develop an atomic bomb.