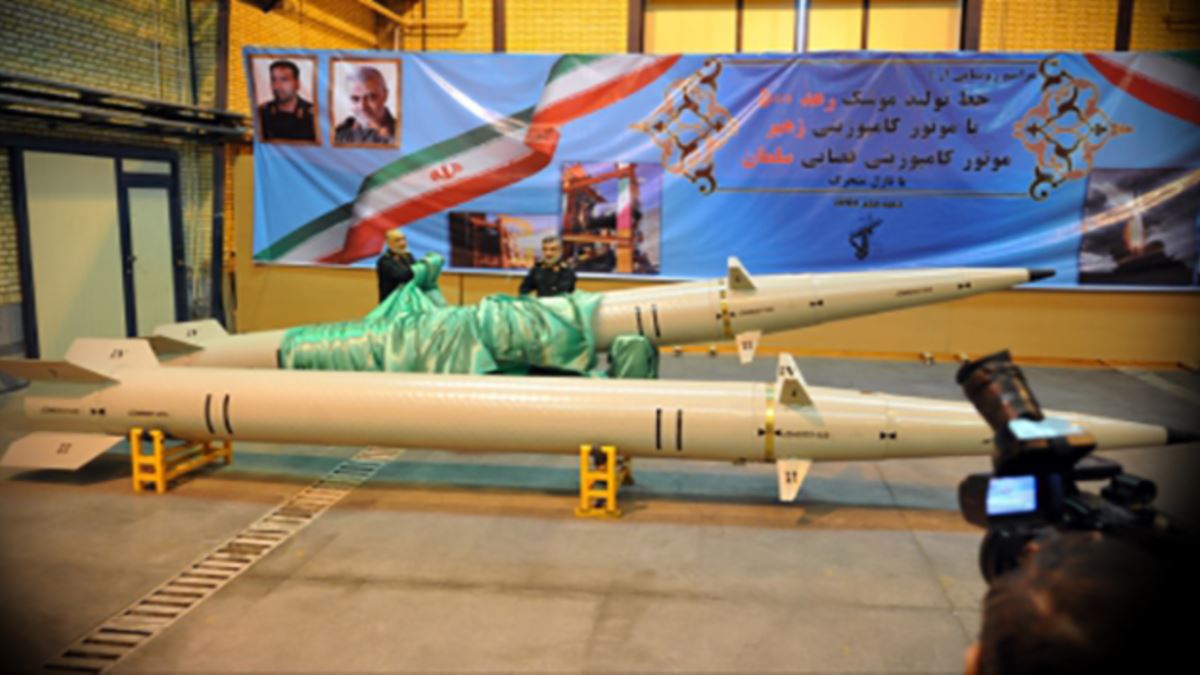 The missile, dubbed “Zolfaghar Basir”, is the naval variant of the surface-to-surface Zolfaghar ballistic missile, according to Tasnim news agency.

Its range is more than twice that of the Islamic republic’s other naval missiles, including the “Hormuz-2”, with a range of 300 kilometres, which Tehran said it successfully tested in March 2017.

Tasnim did not specify whether or not the new missile has been tested yet.

Images published by Tasnim showed the Zolfaghar Basir installed on a launcher truck during the inauguration of Tehran’s National Aerospace Park on Sunday.

“This exhibition shows the comprehensive plan of the deterrent power of the (Islamic republic’s) system,” Guards commander Major General Hossein Salami said at the inauguration, according to Tasnim.

Iran’s Guards used the Zolfaghar in 2017 and 2018 against the Islamic State group in Syria in retaliation for terrorist attacks carried out in the country.

The missile was also used in January to target bases in Iraq housing US troops, according to IRNA news agency, days after the US killed Iran’s top general Qasem Soleimani in a drone strike in Baghdad.

The unveiling of the Zolfaghar Basir comes more than a week after an American aircraft carrier crossed the strategic Strait of Hormuz, and days after the Guards opened a new naval base near the waterway, through which a fifth of the world’s oil passes.

The vital shipping lane and nearby Gulf waters were the scenes of heightened US-Iranian tensions late last year when ships were mysteriously attacked, drones downed and oil tankers seized.

Tensions have soared between Washington and Tehran under US President Donald Trump, who pulled out of a landmark 2015 nuclear accord and unilaterally reimposed sanctions on Iran.

The arch-enemies have twice come to the brink of direct confrontation since June 2019.

Washington suffered a setback in mid-August when it failed to win support from the United Nation’s Security Council to extend an arms embargo against Tehran that will progressively expire starting on October 18.