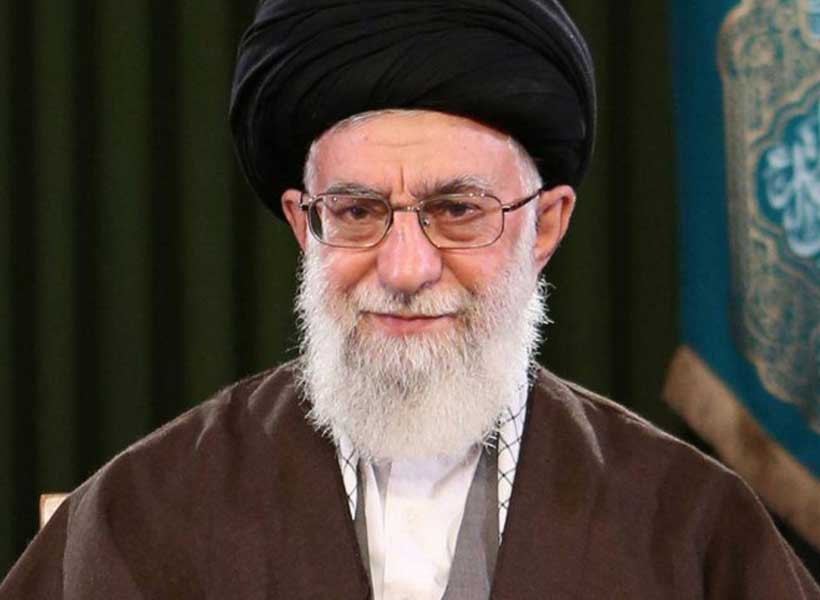 According to the State Newspaper, Resalat: “The current false polarity (among presidential candidates) is aiming national unity, cohesion, and security, and creates a rift in which the US, British and Zionist security services sow the seeds of national antagonism and provide the main fuel for soft overthrow.”

Despite Iran’s supreme leader, Khamenei’s wishes for a smooth and non-biased election, the candidacy of Larijani, the former speaker of the parliament, shifted the dynamics of Iran’s June presidential election. Larijani has already solicited the support of the two prominent religious figures in Qom, Iran’s Shia center, and the backing of Mesbahi Moghaddam, a member of the Expediency Council, along with several other fundamentalists and influential figures. As a result, whether the Guardian Council disqualifies Larijani or not, the “false dipole” has taken shape and materialized.

The so-called reformist faction also supports Larijani. This reformist faction is part of the current government. In the pull and push between different factions within the regime, 205 members of the parliament drafted a letter to the judiciary department. This letter demands prosecution of Rouhani and Bijan Zanganeh, his Oil Minister, for inflicting massive damage to Iran’s oil industry, resulting in the loss of tens of billions of dollars. It worth noting that Raisi is a candidate in June’s presidential election and was Iran’s head of judiciary before announcing his candidacy about a week ago.

In March 2020, during Iran’s parliamentary election, Khamenei’s Guardian Council disqualified all candidates with questionable loyalty, including those who qualified in the past or served as members of the parliament for two or three terms before this recent election. This method was Khamenei’s way of forming a loyal parliament and consisting of all like-minded individuals.

The article published in Resalat newspaper calls this a “false dichotomy.” Whether approved by the Guardian Council or not, all the current presidential candidates believe in the two most essential and vital principles (or two pillars) on which the Islamic Republic of Iran has built its existence. These pillars are the belligerent policies abroad and the widespread internal repression. In one form or another, all the candidates have been instrumental in the implementation of these policies. They have held military and national security positions as part of the regime’s oppressive apparatus. Based on this reality, the article calls it a false dipole regime because all the candidates believe in the same policies in principle. No two ideologies or political beliefs are in play with these so-called political parties in the regime.

In a speech on the first day of the Iranian New Year, Khamenei said: “The last thing about the (presidential) election is that our dear nation should not use the election as a symbol of bipolarity. Put aside these wrong divisions of left and right and the like.” (Khamenei – March 21, 2021)

After the regime was surprised by the two uprisings of November 2017 and December 2019, instigated by unprecedented poverty, repressive tactics, and inflation, Khamenei decided to pursue a contractionary policy, especially in the upcoming presidential elections.

Khamenei is very concerned that a spark will ignite more uprisings due to the wars and fights of different groups and factions in the presidential election. That spark could lead to a political explosion for the regime, threatening its existence. Khamenei fears a repeat of the 2011 presidential election experience.

In 2011, against all odds, Ahmadinejad was the winner of the presidential election instead of Mir Hosein Mousavi, one of the regime’s former ministers. Mousavi’s supporters strongly protested against this electoral engineering, and these protests took to the streets, leading to the uprising of 2011. Will Khamenei be able to avoid the same in 2021?

As a result of colossal government corruption and massive mismanagement, Iran’s economy is brittle, approaching a state of collapse. People’s dismay and discontent towards the government is reaching an explosive level. The Covid-19 vaccination crisis is caused by Khamenei’s ban on purchasing US, French and British vaccines. The ban resulted in the deaths of tens of thousands of innocent people, infuriating the Iranian people.

An array of many other social and economic issues are surfacing every day. Considering the above, even if Khamenei could pull his favorite candidate, Raisi, the so-called executioner of the 1967 massacre, it will be considered a defeat for him from the ballot box. In the eyes of the Iranian people and the international community, Raisi was a killer of political prisoners in the summer of 1988. He is one of the most prime violators of human rights and a regime’s authority under whom an array of massive corruption manifested. How could such a corrupt and inhuman henchman become the elected president? The people’s discontent will lead to another massive uprising when the coronavirus pandemic subsides within Iran.

Alternatively, suppose Khamenei fails to pull his preferred candidate out of the ballot box and is forced to accept Larijani, the next influential candidate after Raisi. In that case, he will surely fail twice. It will create a deep rift at the head of the government, and Raisi will not be installed as his successor, as he had planned. This scenario could also lead to another uprising, meaning that another uprising is inevitable no matter what happens at the ballot box during this election.

What does another uprising mean for the regime? Based upon corruption and the oppression of the Iranian people, the foundation of their power will collapse under the people’s demands for real change. This time, a more fierce uprising will wash away Khamenei’s power structure and regime.