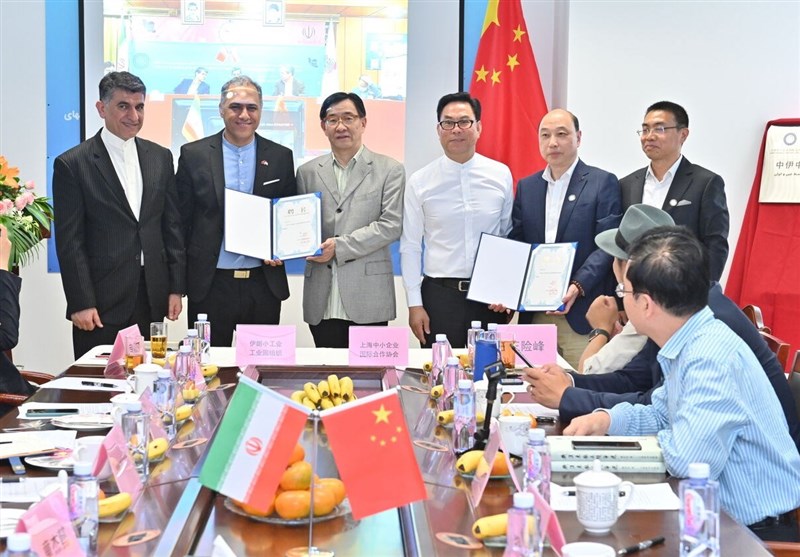 Iran and China inaugurated a center on joint cooperation between the small and medium industries of the two countries.

The center was inaugurated on Monday night in an online ceremony attended by Iran’s consul general in Shanghai.

Iran’s consul general in Shanghai, Ramezan Parvaz, said in the videoconference that the new center should facilitate the exchange of information and sharing of experiences to resolve the problems of the two sides.

Highlighting the role of small and medium-sized industries and industrial plants in the promotion of ties between Tehran and Beijing, he said Iran’s market has suitable economic parameters that have turned it into an attractive and promising market for the Chinese companies.

Parvaz expressed hope that Iran’s market that enjoys security, talented and educated human resources, and infrastructural capacities, as well as the markets in the surrounding regions with a population of 350 million, would provide an attractive ground for cooperation between Iranian and Chinese companies.

In an article written for The People’s Daily on the 50th anniversary of the establishment of diplomatic ties between Iran and China, Zarif expressed hope that Iran would play a greater role in China’s Belt and Road Initiative (BRI), a global infrastructure development strategy to link Asia, Europe and beyond.

Iranian officials say a 25-year cooperation agreement that Tehran and Beijing signed in March has a comprehensive road map, with the economic dimension serving as the document’s main axis. This includes cooperation in various fields, as well as Iran’s involvement in the One Road, One Belt initiative and a special focus on the private sector in both countries.