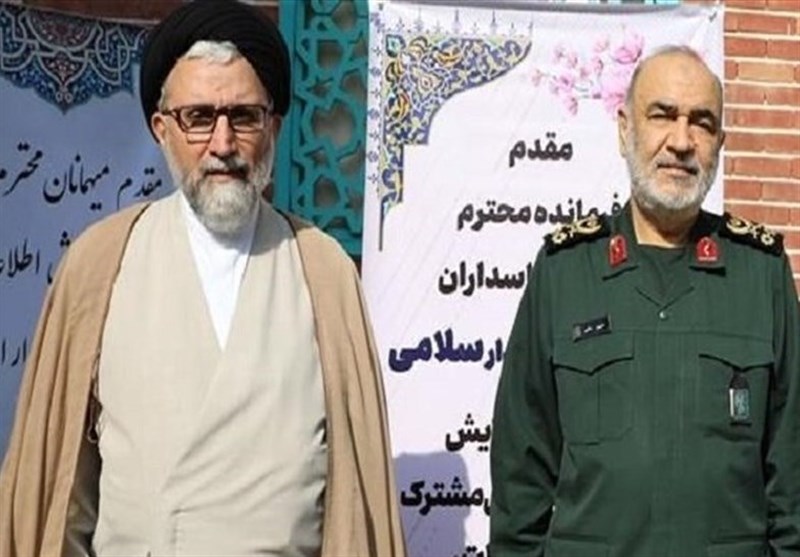 TEHRAN (Tasnim) – The Iranian minister of intelligence and the commander of the Islamic Revolution Guards Corps warned foreign powers behind the assassination of a ranking IRGC official in Zahedan of massive retaliation.

In a message released on Sunday, Intelligence Minister Esmaeil Khatib offered his condolences on the martyrdom of the deputy commander of the IRGC intelligence department in Iran’s southeastern province of Sistan and Balouchestan.

General Seyed Hamidreza Hashemi, serving under the alias Seyed Ali Mousavi, was martyred in the provincial capital of Zahedan on Friday after the eruption of clashes between security forces and terrorists near the Makki Mosque.

After the Friday prayers in the city, unknown gunmen and separatists attacked Police station No. 16 near the Makki Mosque and threw stones and incendiaries into the station. The terrorist attack ended with the martyrdom of 19 people and injury to 20 others.

In his message, the intelligence minister warned the “terrorist groups affiliated with the global arrogance” that they will soon pay the price for their evil acts, fomenting riots and chaos in Iran, and assassination of innocent people.

“The guardians of the Islamic Revolution (IRGC) and the other powerful and determined intelligence, security and law enforcement forces will give a decisive response to the divisive acts and crimes committed by the mercenaries,” the minister added.

In another message on Saturday, IRGC Commander Major General Hossein Salami paid tribute to Seyed Hamidreza Hashemi and a number of his colleagues martyred in the course of duty to restore calm amid the recent riots.

The commander said that the leaders of the hegemony system and arrogance, specifically the rulers of the terrorist-fostering US regime as well as the fake and criminal Zionist regime, have been involved in commanding the separatist terrorists and the remnants of the terrorist group run by Abdolmalek Rigi in the recent developments.

The revenge for the blood of the martyrs serving in the IRGC and Basij and the victims of the black Friday of Zahedan has been put on the agenda of the IRGC, Major General Salami noted.