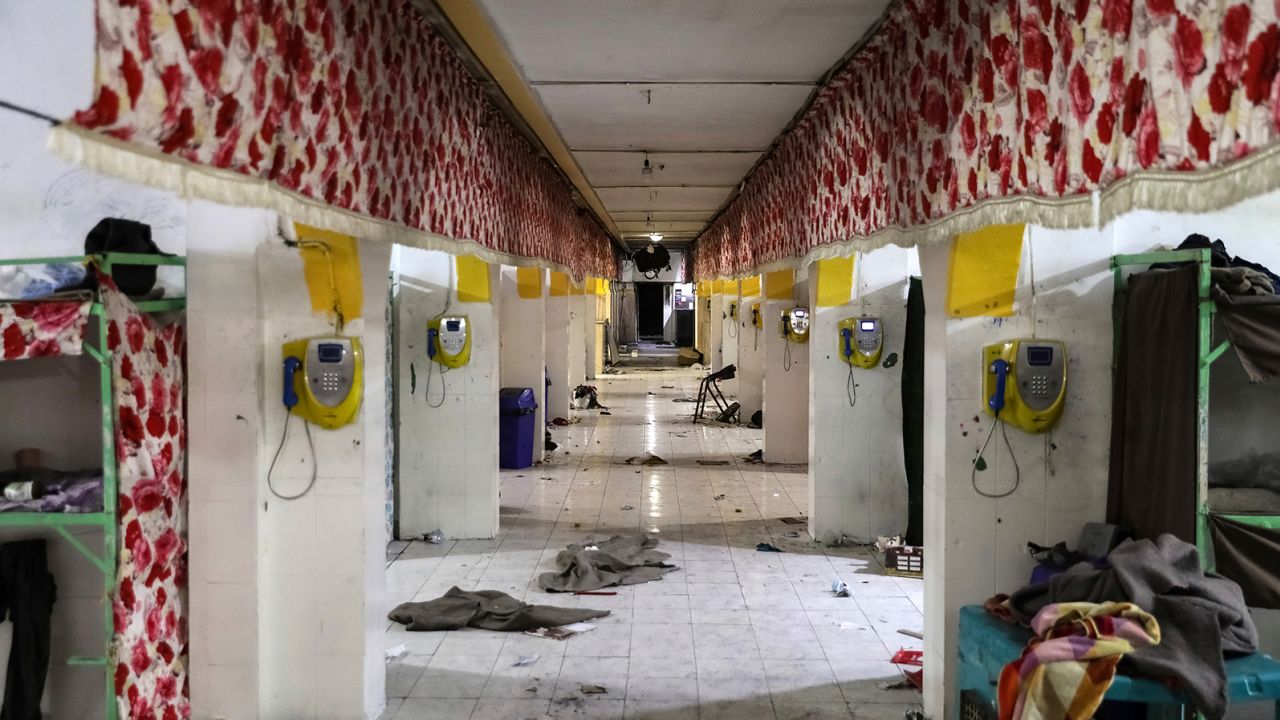 Details of a chaotic night marked by tear gas and explosions have emerged from an Iranian prison following a deadly fire at the facility on Saturday.

The death toll from the blaze at Tehran’s Evin prison has risen to eight, state-aligned news agency Tasnim posted on Twitter Monday. Citing Iranian authorities, earlier reports by state-run news agency IRNA said dozens of others were injured after prisoners set fire to a warehouse.

The notoriously brutal facility is known for housing political prisoners in the country, which has seen mass protests in recent weeks against the Islamic regime that has ruled it for decades.

Award-winning film director Jafar Panahi, 62, who is among the dissidents jailed at Evin, said guards fired tear gas at inmates, according to his wife, Tahereh Saeedi.

In an interview with Radio Farda – the Iranian branch of the US government-funded Radio Free Europe/Radio Liberty – Saeedi said her husband called her from the prison and told her that he and fellow jailed filmmaker Mohammad Rasoulof are in good health.

Saeedi added that from the time the fire broke out Saturday night to when she got a call from her husband the next day were the worst hours of her life.

Activist group 1500tasvir reported earlier that, in videos posted on social media, gunshots were heard and Iranian special forces were seen heading to the area where the prison is believed to be located.

Sources inside the prison told pro-reform outlet IranWire that guards fired tear gas all night after the fire broke out. In many cases, prisoners had to break their windows to so they could breathe, IranWire reported.

Inmates on Ward 8 have no water, gas, or bread and 45 of them were transferred “to an unknown place,” Daemi said. “Now everyone is fine, but they are worried about being transferred to other prisons, solitary confinement and interrogation.”

Many inmates had been transferred to Rajaei Shahr prison, about 20 kilometers west (12 miles) of Tehran, Mostafa Nili, a lawyer who represents a number of prisoners, said on Twitter. Video from IranWire shows a bus taking prisoners away from Evin.

Jailed journalist Niloofar Hamedi is also safe following Saturday’s fire, according to a tweet from her husband, Mohamad Hosein.

“She told me she didn’t know what had happened at Evin last night but said that she heard the terrifying sounds and thought something terrible happened,” Hosein said his wife told him, adding she was doing well.

Hosein said Hamedi is being held in Evin’s Section 209 – notorious for housing prisoners of conscience – and did not have information about other areas of the prison.

Iranian-American Siamak Namazi, who has been detained in Iran for seven years and was forced to return to prison on Wednesday after briefly being released on furlough, is also safe, according to the Namazi family lawyer Jared Genser.

Namazi was moved to a secure area of the prison and has spoken to his family, Genser said.

‘No prisoner is safe in Iran’

Speaking earlier to state broadcaster IRIB, Tehran’s prosecutor Ali Salehi said the “conflict” at the prison was not linked to the protests that have swept the country following the death of a young woman in police custody.

In September, 22-year-old Mahsa Amini died after she was detained by the country’s morality police for allegedly not wearing her hijab properly. Iranian authorities have since unleashed a brutal and deadly crackdown on demonstrators, who have united around a range of grievances with the country’s authoritarian regime.

“No prisoner is safe in Iran, where people are maimed and killed for criticizing the state,” the head of New York-based Independent Center for Human Rights in Iran, Hadi Ghaemi tweeted Sunday. “Political prisoners in Evin & Iran should be freed. All prisoners should have proper medical treatment + access to counsel/families.”

A special session of the UN Human Rights Council should be held to create a “UN investigative and accountability mechanism on Iran government and religious authorities,” Callamard said in a tweet Sunday, citing “far too many crimes against the Iranian people.”