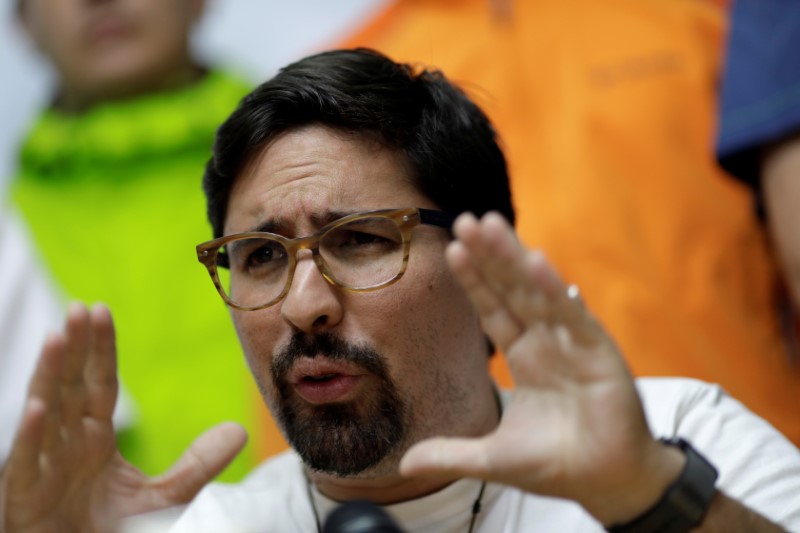 CARACAS (Reuters) – Imprisoned Venezuelan opposition leader Freddy Guevara’s health could be at risk due to cardiac arrythmia, his father and a doctor who treated him for coronavirus earlier this year said on Wednesday.

Guevara, a close ally of opposition leader Juan Guaido – recognized by the United States and others as the South American country’s legitimate president – was detained on July 12 and charged with terrorism, treason, and an attack on the constitutional order.

His allies say the charges are trumped up as part of an effort by President Nicolas Maduro’s government to crack down on dissent. Washington and the United Kingdom condemned the arrest, which came as Venezuela’s government and opposition prepare for internationally-mediated negotiations to resolve a longstanding political crisis in the economically-devastated nation.

Guevara had suffered multiple episodes of arrythmia, for which he received surgery in 2016, his father added.

Venezuela’s information ministry did not immediately reply to a request for comment on Guevara’s health.

Julio Castro, an infectologist who advises the opposition on health issues and treated Guevara for COVID-19 in June, said he was unaware of what evaluation and treatment Guevara had received, in any, in the month he has been held at the Helicoide detention center in western Caracas, run by the Sebin intelligence policy.

“In a normal situation an evaluation should be immediate,” Castro told reporters alongside Guevara’s father. “It is a very complex condition.”

Guevara’s attorney Omar Mora Tosta said the defense team has not had access to him in the month since his arrest, and that a judge denied the team’s July 27 request for Guevara to be transferred temporarily for a medical consultation.