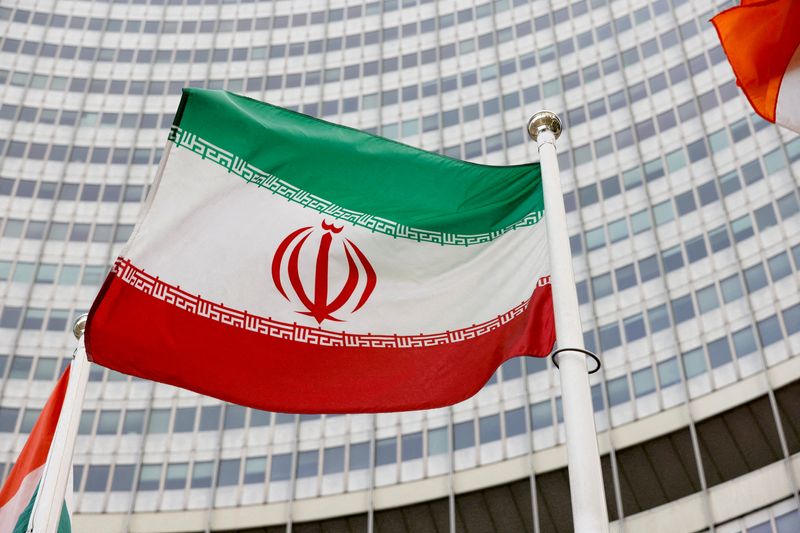 VIENNA (Reuters) – The U.N. nuclear watchdog reached an agreement with Iran on Wednesday on replacing its surveillance cameras at a centrifuge-parts workshop at Karaj, easing a months-long standoff that could have scuppered wider nuclear talks.

Those wider, indirect talks between Iran and the United States on salvaging the 2015 Iran nuclear deal are deadlocked, but Washington had threatened https://www.reuters.com/world/middle-east/us-threatens-escalation-with-iran-iaea-next-month-2021-11-25 to confront Tehran at the International Atomic Energy Agency’s 35-nation Board of Governors if it did not relent on Karaj this month.

Any such confrontation could have caused the collapse of the talks altogether, diplomats said.

“The agreement with Iran on replacing surveillance cameras at the Karaj facility is an important development for the IAEA’s verification and monitoring activities in Iran,” the IAEA said in a statement after diplomats told Reuters an agreement had been reached.

“It will enable us to resume necessary continuity of knowledge at this facility,” the IAEA said, adding the new cameras would be installed “in coming days”.

One of the IAEA’s four cameras at the workshop in the TESA Karaj complex was destroyed in an apparent sabotage attack in June that Iran blamed on Israel. Iran then removed the cameras and has not let the IAEA return to replace them, angering https://www.reuters.com/world/middle-east/us-threatens-escalation-with-iran-iaea-next-month-2021-11-25 the United States and its allies.

Iran has shown the IAEA the cameras and “data storage media” containing their footage, except for the one containing the destroyed camera’s footage. The IAEA and Western powers have called on Iran to explain where it is.

The bigger the gap in knowledge of what happened at Karaj, the greater the concern among Western states will be that Iran has secretly siphoned off key parts for centrifuges, machines that enrich uranium.

A senior diplomat said last month the IAEA does not know whether Karaj is operational.

(Reporting by Francois Murphy in Vienna and John Irish in Doha; Editing by Alex Richardson and Gareth Jones)