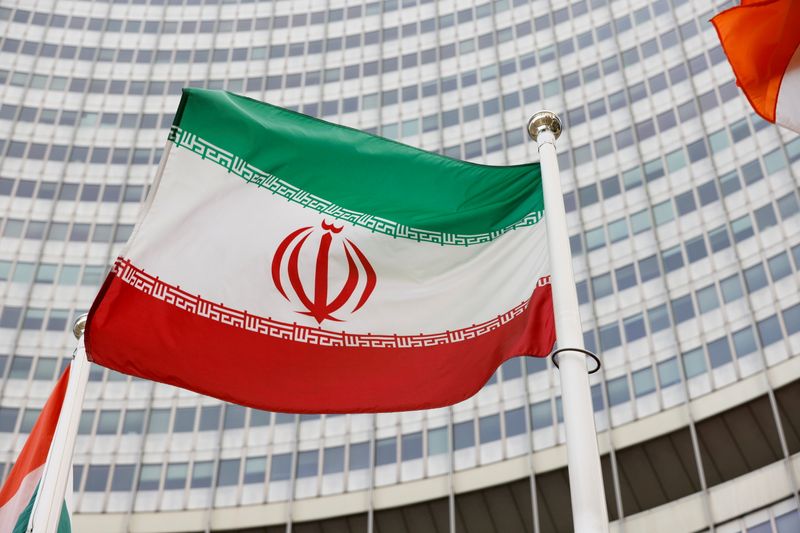 VIENNA (Reuters) -The U.N. atomic watchdog chided Iran on Tuesday for failing to answer questions including on uranium traces found at three undeclared sites, which could complicate the resumption of talks to revive Iran’s nuclear deal.

Former President Donald Trump pulled the United States out of the deal, under which Iran agreed to restrictions on its nuclear programme in return for the lifting of sanctions, and Tehran has responded by violating many of those restrictions.

Indirect talks between the United States and Iran on both countries returning to compliance have stopped while Iran’s new, hardline President Ebrahim Raisi has taken office. France and Germany have called on Iran to return soon and Raisi has said Tehran is prepared to but not under Western “pressure”.

Tuesday’s comments from the International Atomic Energy Agency calling out Iran for failing to explain uranium traces found last year and in 2019 at old but undeclared sites could make that diplomacy more difficult.

The IAEA is charged with monitoring Iran’s nuclear programme including compliance with the deal. Washington and its European allies must now decide whether to push for a resolution criticising Iran at next week’s meeting of the 35-nation IAEA Board of Governors.

A resolution would add to the pressure on Tehran to provide answers that could help the IAEA account for nuclear material that once was at these sites. It could, however, also make resuming the talks on the 2015 nuclear deal harder, since Tehran has previously bristled at such moves.

“The Director General is increasingly concerned that even after some two years the safeguards issues outlined above in relation to the four locations in Iran not declared to the Agency remain unresolved,” the IAEA said in one of two quarterly reports on Iran.

The confidential reports by IAEA Director General Rafael Grossi to member states, issued ahead of next week’s meeting of its 35-nation Board of Governors, were reviewed by Reuters. The second report said Iran must resolve outstanding issues relating to the sites, which include questions about a fourth location the IAEA has not inspected, “without further delay”.