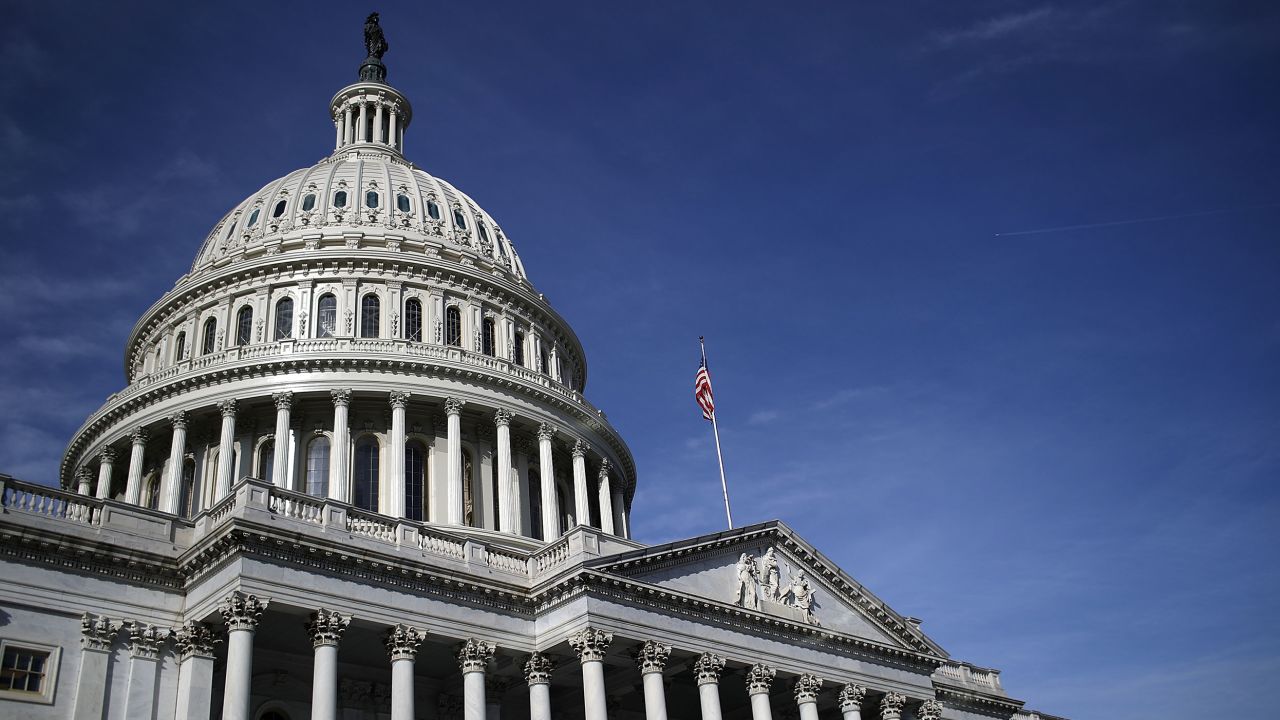 The House January 6 committee on Sunday released another wave of witness interview transcripts.

The new release is part of a steady stream of transcript drops from the House select committee in recent days, complementing the release of its sweeping 845-page report.

The latest transcript drop comes as the panel winds down its work with the House majority set to change hands from Democrats to Republicans on Tuesday at the start of the new Congress.

The transcripts released so far have shed new light on how the House committee conducted its investigation of the January 6, 2021, attack on the US Capitol – and new details about what key witnesses told the panel.

Transcripts of no-show depositions with Meadows, others reveal committee’s line of inquiry and communications it obtained

Mark Meadows, former President Donald Trump’s White House chief of staff, provided the select committee with 6,600 pages of email records and approximately 2,000 text messages, according to a transcript of a deposition for which Meadows did not appear in December 2021.

Investigators ran through some of the items they had hoped to ask Meadows about if he had appeared, including a December 2020 email from Meadows stating, “Rudy was put in charge. That was the President’s decision,” according to the committee transcript.

The committee also hoped to ask Meadows about certain passages in his book, specific text message exchanges and his outreach to the Justice Department “encouraging investigations of suspected voter fraud.” The committee also planned to ask Meadows about his communications regarding deploying the National Guard on January 6, “including a January 5th email from Mr. Meadows in which he indicates that the Guard would be present at the Capitol to, quote, ‘protect 153 pro-Trump people,’ end quote.”

The committee similarly convened no-show deposition meetings for former Trump aide Dan Scavino, former Trump administration official Peter Navarro and right-wing media personality Steve Bannon, who previously worked in the Trump White House. The brief transcripts of those meetings document the failure of the witnesses to appear and communications the committee had with the witnesses or their representatives.

In a transcript with Alexandra Preate, who worked as a spokeswoman for Bannon, the committee asked about their text exchanges. In one, the two appeared to be discussing – days after the Capitol was attacked – 1 million people surrounding the Capitol after Joe Biden’s inauguration on January 20, 2021.

When asked if she and Bannon talked about bringing people back to Washington, DC, even after January 6, Preate said, “I don’t recall that” and it was “not my deal.” Preate also said she believes Trump lost the election.

RNC chair reveals Trump called her about Pence, later told her the vice president had authority to reject electors

Republican National Committee Chair Ronna McDaniel told the committee that the former president called her on January 1, 2021, and asked her about her relationship with then-Vice President Mike Pence.

“I do have a recollection of him asking me what my relationship was with the Vice President, and I said I didn’t know him very well,” McDaniel told the select committee, according to a transcript.

McDaniel said she could not recall if they specifically discussed the role Pence would play in certifying the Electoral College vote five days after that call. But McDaniel said that later on, after the US Capitol attack, Trump conveyed to her privately “in one way or another that, you know, the Vice President had the authority to – I don’t know the correct legal term, but he had the authority to not accept the electors.”

She also said Trump called her on January 7 but they did not talk about the attack.

The panel revealed during its hearings over the summer that Trump called McDaniel directly in December to tell her about the plan for a group of states to submit alternate slates of electors and connected her to his elections lawyer John Eastman, but her full transcript reveals more details about what was shared between the RNC, Trump White House and the Trump campaign at the time.

In the lead-up to January 6, McDaniel testified that she did not know that the alternate slates of electors were being considered for anything other than contingent electors in case legal challenges changed state election results. She added she was not privy to a lot of those discussions and that she was going through ankle surgery around the time of the Capitol attack.

McDaniel told committee investigators that after that December call, she called the Trump campaign’s counsel Justin Clark, who gave her the impression that the campaign was aware of the so-called alternate elector plan and was working on it. She also testified that on December 14, when she was informed that false electors met, she sent a note to former Trump White House aide Molly Michael.

As for fundraising emails from the RNC about the 2020 election, McDaniel said the RNC worked closely with Clark but that once Giuliani took over Trump’s legal efforts, he “was doing his own thing and didn’t really reach out to the RNC.”

A Trump campaign attorney described to the committee a request by Giuliani to be paid $20,000 per day for his post-election legal work – a request that Giuliani has denied making.

Matthew Morgan, who was general counsel for former President Donald Trump’s reelection campaign, described to the committee how the campaign handled requests by Giuliani and his team – which took over the campaign’s litigation strategy in mid-November 2020 – to bring on outside attorneys and firms.

“Rudy Giuliani himself, he requested an engagement letter, and he requested through a surrogate what was viewed as a large amount of compensation,” Morgan said, according to a transcript of an April interview that was made public Sunday.

“And when I presented this to (Trump deputy campaign manager) Justin Clark, Justin Clark didn’t think that was a number the campaign was willing to pay and I relied on then Justin to tell me if we could do such an engagement letter and then it never materialized.”

Morgan told the House committee the ask was made via an associate of Giuliani’s, Maria Ryan, and that it was for $20,000 per day. He declined to answer further questions from the committee about the pushback from the campaign to the request.

CNN previously reported that Giuliani was asking for $20,000-per-day in November 2020, citing a source. At the time, Giuliani denied to The New York Times that he was seeking that figure.

Trump White House aides offered conflicting accounts of how the former president reacted when he learned he would not be taken to the US Capitol on January 6, 2021.

While Cassidy Hutchinson, in her testimony, described Trump’s reaction as an angry outburst, Robert “Bobby” Engel – the lead agent in Trump’s motorcade the day of the riot – apparently told others in the White House that Trump simply “shrugged it off” when he was told he would not be taken to the Capitol.

When Engel returned to the White House after Trump’s January 6 speech, he stopped by the office shared by former White House deputy chief of staff Tony Ornato and William “Beau” Harrison, the special assistant to the president for operations.

“And at that point I have a specific memory of Bobby telling both Tony and myself, as we were in the room, no one else was in the room, that the President almost kind of shrugged it off,” Harrison told the committee. “He just kind of moved on.”

Harrison told congressional investigators he had never heard of a heated argument in the vehicle until he saw Hutchinson’s testimony on television. “I would also add that, if something like had been described had occurred, I 100 percent would have known about it and would have heard that.”

When Hutchinson testified, Harrison got a call from Ornato. Ornato said, essentially, “Can you believe this?” and “Where is this story even coming from,” according to Harrison’s committee transcript.

Notably, Harrison told investigators he was not paying for his legal representation and was not sure who was footing the bill.

Kenneth Chesebro – the Trump attorney described by the House January 6 committee as the architect of the post-2020 election fake electors scheme – declined to answer the bulk of the panel’s questions in an October deposition, according to a transcript.

Chesebro invoked both his Fifth Amendment right against self-incrimination as well as attorney-client privilege when asked questions about a variety of topics, including his interactions with Trump, his role in the plot to put forward Trump electors to rival the Biden electors in states that Biden won and the push to have Pence disrupt Congress’ certification of Biden’s win.

“I believe my Fifth Amendment privilege covers this entire subject matter in terms of any involvement with the alternate electors,” Chesebro said at one point in the deposition. At its start, his lawyer referenced the criminal probes in Fulton County, Georgia, and by the Justice Department, which are both looking closely at the fake electors scheme.

Chesebro did answer some of the committee’s more abstract questions about how he learned of the legal questions that shaped the theories he promoted after the 2020 election. However, citing the Fifth Amendment, he refused to say whether he went to the White House on December 16, 2020, as suggested by an email obtained by the committee, or if he was in Washington, DC, on January 6, 2021.

He also refused to confirm that he was the Kenneth Chesebro listed on some emails obtained by the committee that investigators sought to ask him about.

“I think I would take the Fifth in terms of authenticating a document that is related to the subject matter as to which I’m taking the Fifth,” he said.

Trump asked assistant what she ‘thought’ as Capitol riot unfolded

As rioters were breaking into the Capitol on January 6, Trump called his executive assistant, Molly Michael, to ask her what she thought and she described the scene that was unfolding, according to a transcript of her interview with the committee.

“The President of the United States in the middle of a riot at the Capitol calls you and asks you what you think, not what you see but what you think, and you don’t recall what you told him other than just reporting what was on TV?” investigators asked.

“The TV is very large, and the coverage was on probably all four of the stations. So that was really all I was seeing,” Michael said. “The images I was seeing is the predominant memory I have.”

Committee investigators pressed her for more details on how Trump reacted during their call.

“You don’t remember him expressing any distress, any frustration, any anger, any anything. Is that right?” investigators asked.

Michael responded, “The phones were ringing. A lot was happening. I don’t recall.”

Michael’s lengthy interview transcript was heavy with moments she did not recall, such as Trump’s demeanor at the end of the day on January 6.

When congressional investigators asked Michael if she was aware in the run up to January 6 of a “very serious, acrimonious conflict” between Trump and Pence, Michael said she couldn’t recall but there were often heated conversations playing out in the Oval Office.

Her committee interview also revealed more details about Trump’s activities the night before the Capitol attack, when he was apparently directing his assistant to share election fraud claims with GOP senators.

Trump directed Michael to send Sens. Lindsey Graham and Josh Hawley a document entitled “The Art of the Steal” – apparently authored by Navarro – on the evening of January 5, according to emails investigators reviewed with Michael during her committee interview.

Congressional investigators asked Michael about the emails, which she sent on Trump’s behalf with the subject line “From POTUS.”