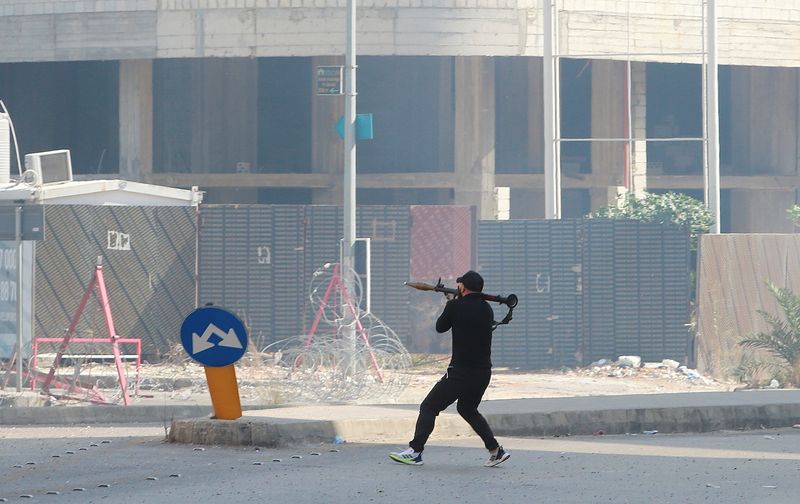 FILE PHOTO: A man prepares to fire a rocket-propelled grenade during a gunfire in Beirut, Lebanon October 14, 2021. REUTERS/Aziz Taher

DUBAI (Reuters) – The deadly clashes that broke out in Beirut on Thursday amounted to a “massacre” and its perpetrators should be held to account, the pro-Iranian al-Mayadeen TV cited a Hezbollah representative in the Lebanese parliament as saying on Sunday.

“What the criminals … did is a massacre and it will have important ramifications,” MP Hassan Fadallah said, according to the Beirut-based channel. “Those who incited, planned … and opened fire should be held to account all the way up to the top.”