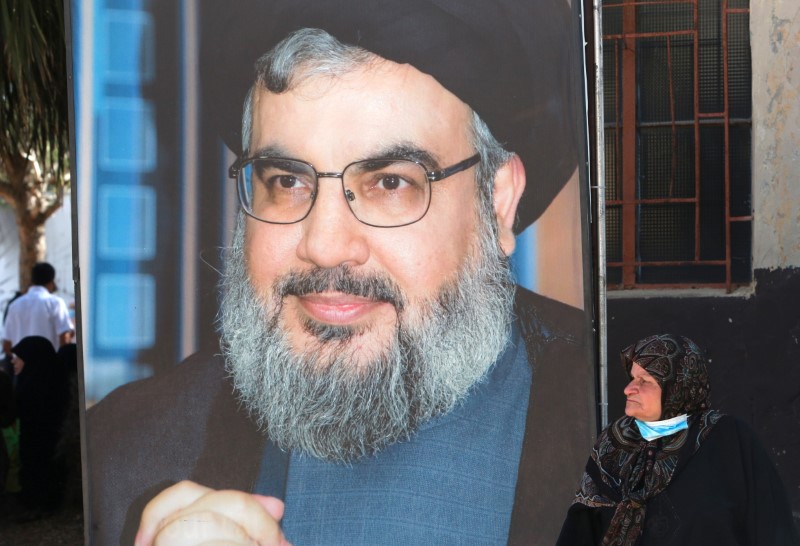 FILE PHOTO: A woman sits near a poster of Lebanon’s Hezbollah leader Sayyed Hassan Nasrallah, during an event marking Resistance and Liberation Day, in Khiam, near the border with Israel, southern Lebanon, May 25, 2021. REUTERS/Aziz Taher

BEIRUT (Reuters) – The leader of Iranian-backed Lebanese group Hezbollah Hassan Nasrallah said that while his group had chosen to respond to Israeli air strikes on open land, it could escalate with a different strategy in future.

Hezbollah fired rockets towards Israeli forces on Friday, drawing retaliatory fire from Israel into south Lebanon in a third day of cross-border back and forth amid wider tensions with Iran.

Hezbollah wanted to show that Israeli air strikes would be responded to and in an appropriate manner, Nasrallah said, adding that the response could be in any open land in “Northern occupied Palestine,” Galilee, or the Golan Heights.