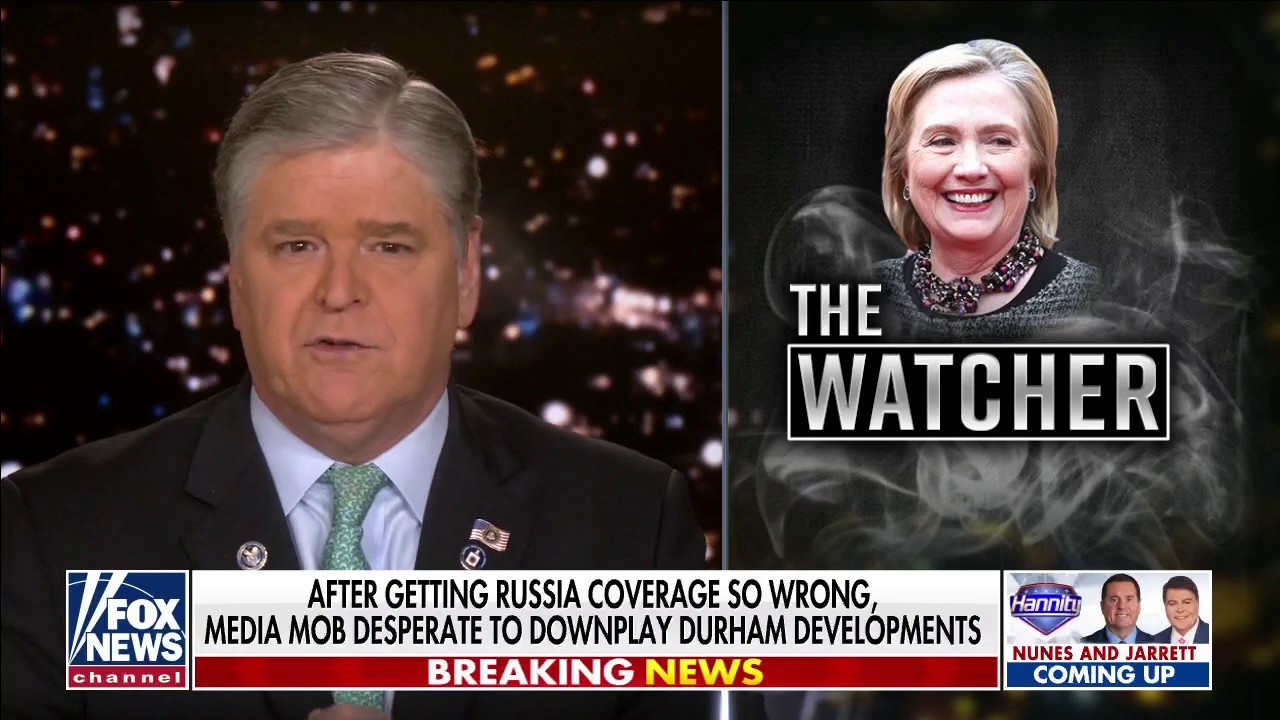 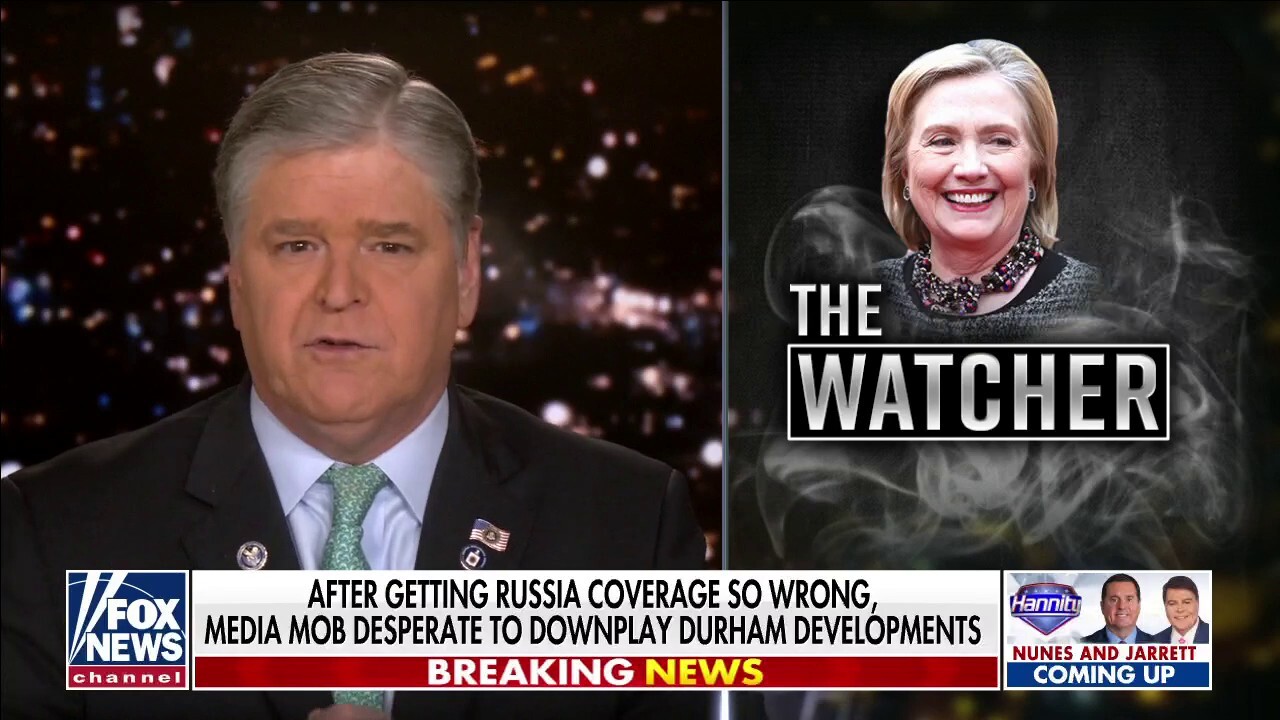 Sean Hannity said the newly surfaced allegations that the Clinton campaign surveilled former President Donald Trump before and after his inauguration make “Watergate look like child’s play” in Tuesday’s opening monologue of “Hannity.”

Over the course of special counsel John Durham’s probe into the allegations of collusion between Trump and Russia, Hannity said Clinton campaign lawyers paid a technology company to weaponize internet data from both Trump Tower and Trump’s White House to “smear” him.

” … according to former President Trump, this Durham probe is exposing ‘the crime of the century’ and [he is] predicting that ‘this is just the beginning.’ Well, I agree with him, and I’ll add, this makes Watergate look like child’s play,” he said.

“The mob in the media — they don’t want you to see this story,” he said, comparing it to the “media mob” hiding the Hunter Biden laptop story before the 2020 presidential election.

“Now, the media is covering up yet another scandal,” he added.

This one is distinct from the “Clinton bought-and-paid-for” Russian dossier used to obtain four FISA warrants to surveil Trump from his candidacy to presidency.

For that dossier, lawyer Michael Sussmann’s firm Perkins Coie hired Christopher Steele on the Clinton campaign’s behalf to smear Trump, creating a “nexus between” the Steele dossier and Durham’s allegations.

“So now the obvious question is: What did Hillary Clinton know? When did she know it? And when did a lot of people know? And when did they know it?”