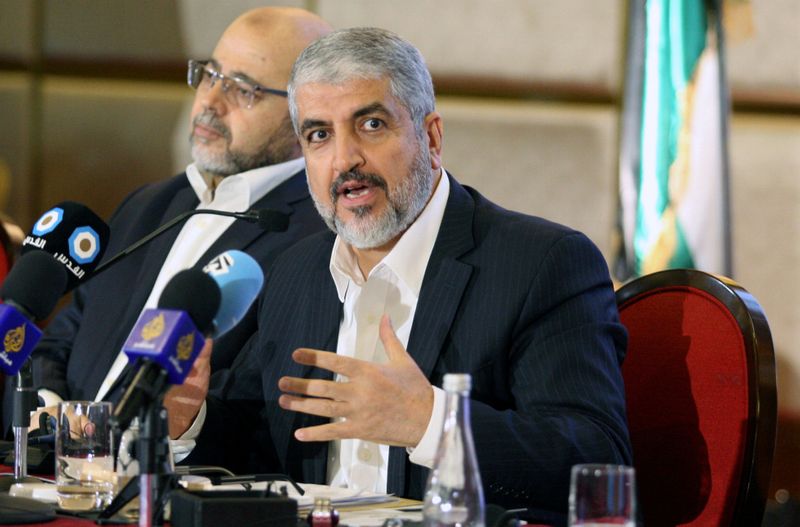 GAZA (Reuters) – Former Hamas chief Khaled Meshaal was elected to be head of the Palestinian Islamist group’s office in the diaspora, a spokesman said on Monday.

Meshaal, 64, who survived an Israeli assassination attempt in 1997, was head of the political bureau until 2017 when he was replaced by Ismail Haniyeh, 59, who is based in Gaza.

Although Hamas’s power base is in Gaza, which it has controlled since 2007, it also has many followers among refugees and others in the Middle East and elsewhere. In 2012 Meshaal angered close Hamas ally Syria when he left Damascus because of Iranian-backed President Bashar al-Assad’s war against rebels who were Sunni Muslims, like Hamas.

Akram Atallah, a Palestinian analyst, said the move was not likely to cause a significant shift in Hamas’s position as Meshaal was broadly aligned with Haniyeh, both in terms of their more pragmatic approach to Arab and Western countries, and in their attitudes to the Mideast conflict.

“When it comes to Hamas’s policy towards Israel, I don’t see hardliners and moderates. I believe there is an agreement over that,” Atallah said.

Hamas opposed Palestinian-Israeli peace accords signed in the 1990s and is regarded as a terrorist organisation by Israel and the West. Hamas leaders say their fight against Israel is “legitimate resistance.”