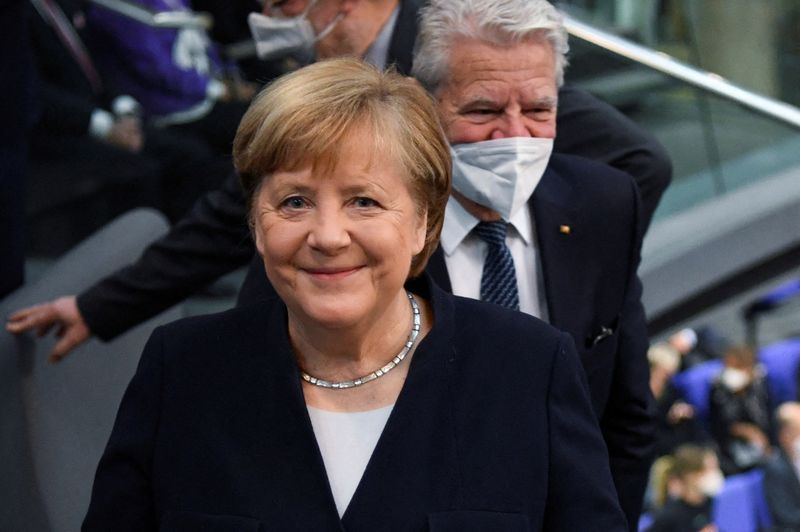 BERLIN (Reuters) – Former German chancellor Angela Merkel has turned down the offer of a job at the United Nations, her office said on Wednesday, a month after she stepped down as Europe’s most powerful politician after 16 years at the helm.

Merkel, 67, called U.N. Secretary General Antonio Guterres last week to thank him for the job he had offered her in a letter and to tell him she would not accept it, the office said, without elaborating.

German media reported that Guterres had offered Merkel the chair of a high-level U.N. advisory body on global public goods, one of his flagship reform projects. It will focus on issues including the ozone layer, vaccines and outer space debris.

Merkel, a conservative, has stayed out of the political spotlight since handing over Germany’s chancellorship to Olaf Scholz, a Social Democrat.

She is working on a political memoir with her long-time aide, according to an interview in Der Spiegel, but little more is known about Merkel’s life in retirement.