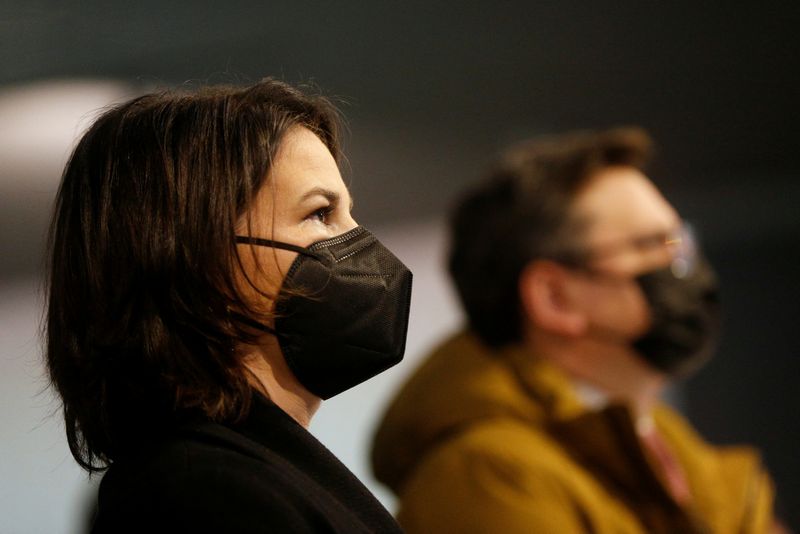 KYIV (Reuters) – German Foreign Minister Annalena Baerbock will not meet with Ukrainian President Volodymyr Zelensky on Monday, contrary to an earlier announcement, according to diplomatic sources.

A meeting is now planned with Ukrainian Prime Minister Denys Shmygal instead, according to the sources.

Scheduling difficulties were cited as the reason the meeting would not take place.