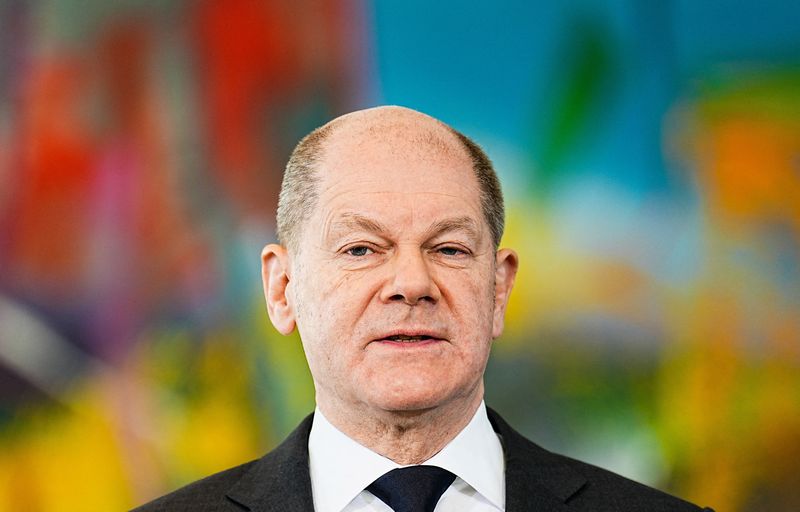 FILE PHOTO: German Chancellor Olaf Scholz gives a statement before a cabinet enclosure at the Chancellery to lay out and discuss Germany’s policy plans for its G7 presidency in Berlin, Germany, January 21, 2022. Michael Kappeler/Pool via REUTERS

Scholz did not accept the invitation due to a full schedule, including a trip to Madrid, as well as the desire to show that he was present as Germany grapples with the COVID-19 pandemic, according to Der Spiegel.

A government spokesman declined to comment on the report.

Both sides hoped now to organize a meeting by mid-February.