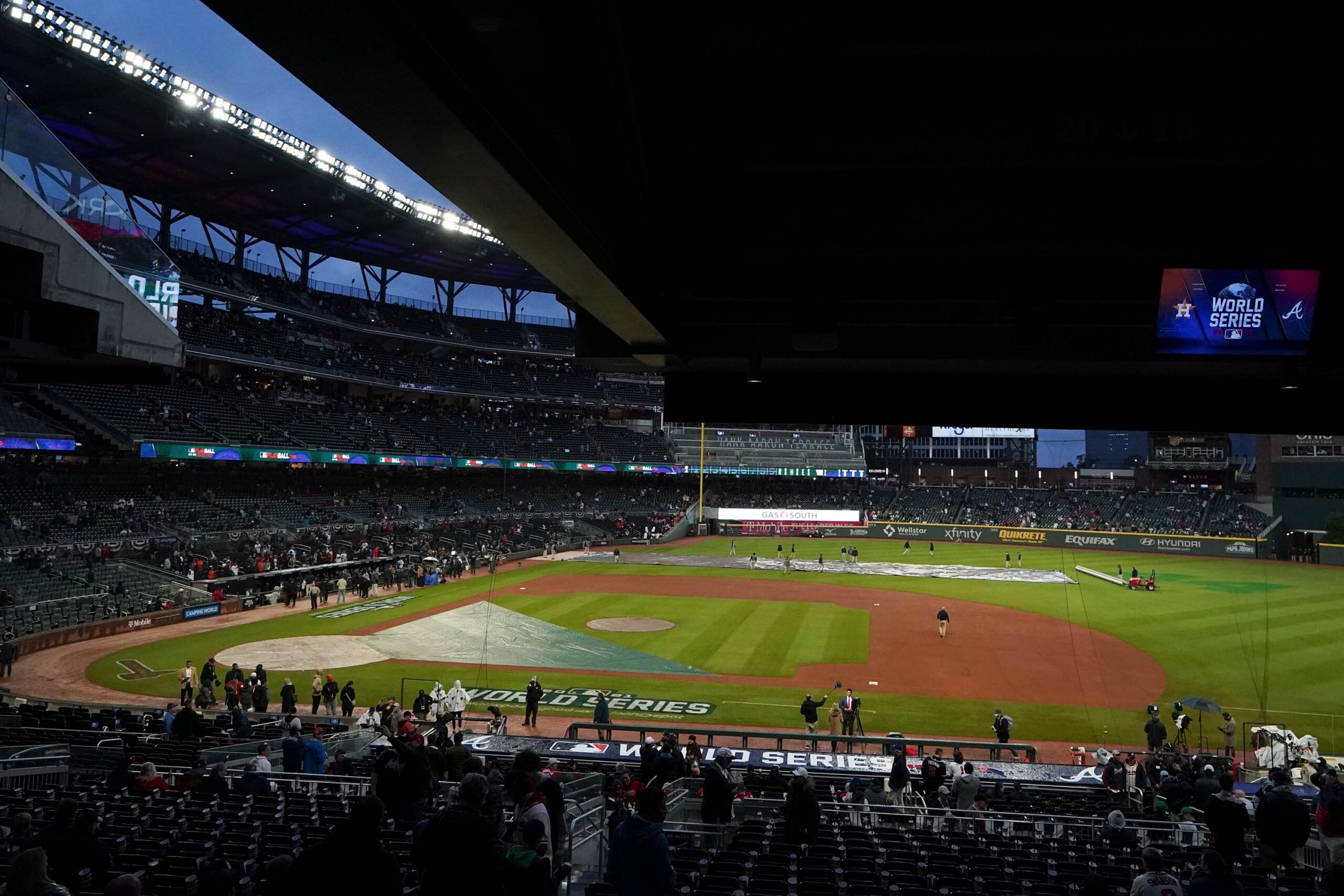 The Atlanta Braves will look to further capitalize on their home field advantage and build on their 2-1 series edge when they play the Houston Astros tonight in Game 4 of the 2021 World Series.

First pitch is scheduled for 8:09 p.m. ET. Like Friday night, it could be another raw evening for baseball, with precipitation in the air and temperatures in the low 50s. Truist Park, the Braves’ home, does not have a retractable roof.

Both teams are looking at “bullpen games,” which means to expect a parade of relievers all night. The Braves will begin by handing the ball to lefty Dylan Lee, while the Astros will have veteran Zack Greinke on the mound. Lee — who made his MLB debut earlier this year and has only 4.2 career innings in the big leagues — could only see an inning, though not before making history as the first pitcher in major league history to make his first career MLB start in the World Series.

Greinke, with a Cy Young award and six All-Star Game appearances on his resume, could go a bit deeper. But the 38-year-old veteran right-hander spent time in recent weeks sidelined with a sore neck and Covid-19, has been seldom used so far this postseason (2.1 innings in two appearances) and faltered down the stretch for Houston in the regular season. He’s only pitched 4.2 innings over the past five weeks.

The lack of a designated hitter will again be a factor with the World Series in a National League home ballpark. The Astros will continue with the same eight hitters they used on Friday night, though Greinke, who hits well for a pitcher, will bat eighth, moving catcher Martin Maldonado down to the ninth spot. For the Braves, the left-handed hitting Joc Pederson will supplant Jorge Soler in right field.