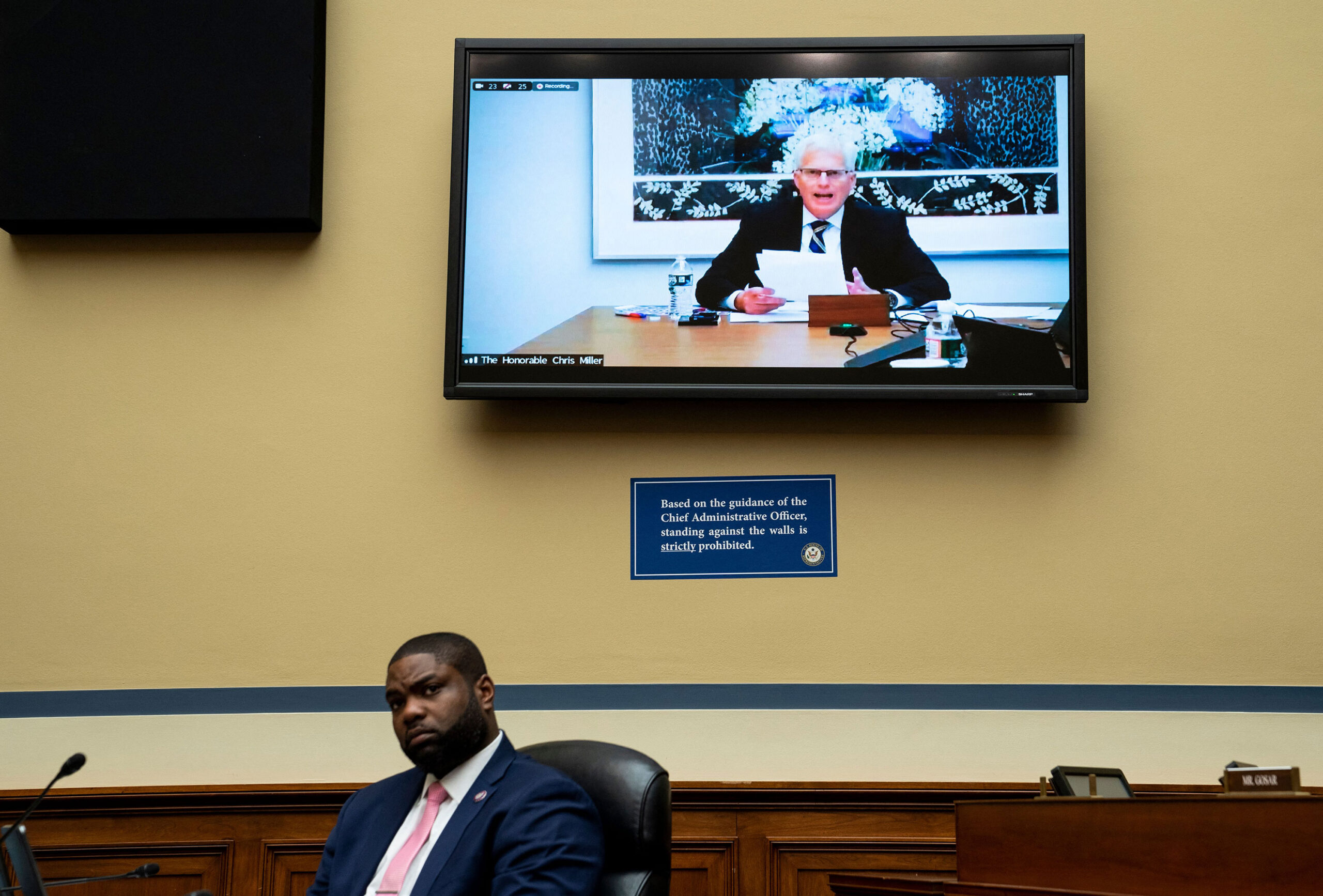 Former Acting Defense Secretary Christopher Miller told a House Committee Wednesday looking into the Jan. 6 Capitol insurrection that he wanted to “modify my original assessment” of the role remarks made by former President Trump may have had on the events of Jan. 6 at the Capitol.

In an exchange with Democratic Rep. Stephen Lynch, the lawmaker asked about remarks Miller made earlier this year to Vice saying he believed Trump’s speech on the morning of Jan. 6 incited the rioters who stormed the US Capitol.

“I think I’d like to modify my original assessment, based on-,” Miller said in today’s hearing.

“Why am I not surprised about that? Go ahead,” Lynch replied.

“Based on, as [DC Police Chief Robert Conte] said, we are getting more information by the day by the minute about what happened and to highlight your-, some other observations that were made, it’s clear now that there were organized-, that although we’re going to find out through the Department of Justice process and the legal system, it seems clear that there was some sort of conspiracy, where there were organized assault elements that intended to assault the capitol that day,” Miller said.

“The question is would anybody have marched on the Capitol and overrun the Capitol without the President’s speech, I think it’s pretty much definitive that wouldn’t have happened, so yes,” Miller told VICE on Showtime in March. “The question is did he know that he was enraging the crowd to do that, I don’t know.”

Miller said he believed the Trump’s speech earlier in the day did have a “cause and effect” impact on those who listened and later stormed the Capitol when asked if he thinks Trump was responsible for the riot.

“I don’t know, but it seems cause and effect, yeah,” Miller said.

Lynch pushed further in today’s hearing, saying that Miller’s answer in the hearing was also a reversal of his written testimony that was submitted.

“For your written testimony for today – for today, this morning, you stated the following about the President, quote, I personally believe his comments encouraged the protesters that day,” Lynch said.

“So this is a very recent reversal of your testimony?,” Lynch said

“There’s a difference between marching the Capitol and assaulting the capitol. That’s the delineation I’m trying to make, despite the partisan attack that I was just subjected to,” Miller said later.