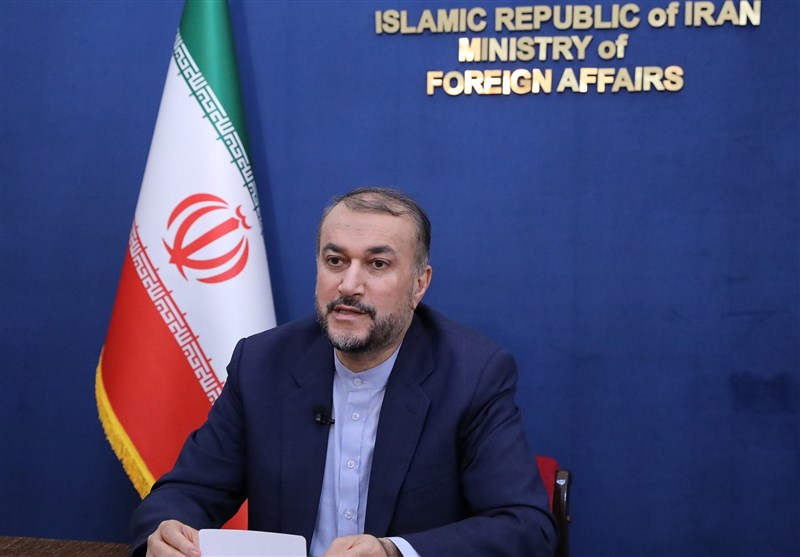 TEHRAN (Tasnim) – Iran is ready to cooperate with the International Atomic Energy Agency on resolving the remaining questions concerning the country’s nuclear activities if the IAEA chooses to focus on only the technical issues, the Iranian foreign minister said.

Speaking in interview with the al-Monitor news website, which was published on Monday, Hossein Amirabdollahian said, “These apparent baseless allegations against Iran, that have been put on the agenda of the Agency (IAEA) need to be removed first,” adding, “At the same time, the Agency needs to behave and act technically,” rather than politically.

“So, if the Agency chooses to, instead, concentrate on only the technical issues, then we will definitely try to strengthen and add to our cooperation,” the top diplomat stated.

The IAEA’s Secretary General Rafael Grossi has been calling on Iran to explain what he claims to be “traces of uranium” that have been found in places “that were never declared (as nuclear-related sites)” by the Islamic Republic.

The Islamic Republic calls the alleged concerns unfounded, reminding that its nuclear energy program has been subject to the most inclusive inspections regime in the Agency’s history.

The Iranian top diplomat referred to a similar process in 2015, when the IAEA ended its probe into the alleged past military dimensions (PMD) of Iran’s nuclear program with a resolution that allowed the nuclear deal between Iran and world powers to proceed.

As in 2015, he said, “there needs to be the political will to close the case of these allegations.”

Asked why Iran is not addressing the outstanding issues related to the 2015 deal, known as the Joint Comprehensive Plan of Action (JCPOA), via direct talks with the United States, Amirabdollahian said the Americans did relay a message in New York last week, asking the Iranian side, “Let’s talk directly.”

“We are not afraid of having face-to-face talks with the United States, but we should feel that it is going to be a game changer, that there is going to be some kind of gain for us,” Iran’s foreign minister said, adding, “If the Americans are serious, and they are willing to show their willingness and desire to get back to the JCPOA, these (indirect) messages will suffice.”

Asked whether in the absence of direct talks, Iran would support a new round of EU-facilitated indirect negotiations with the United States, Amirabdollahian said he did not necessarily see a need to do so.

“But if the American side feels that there needs to be another round of talks done by the coordinators, I mean, (EU foreign policy chief) Josep Borrell and the EU, then we are not going to reject that.”

Iran considers accusations against it to be the result of third-party pressures on the IAEA, especially from the United States and Israel, which feed the Agency with fake information on the country’s nuclear activities.

Earlier in the month, Mohsen Naziri, Iran’s ambassador to the international organizations in Vienna, said the Islamic Republic’s approach to the IAEA had invariably been based on cooperation and interaction.

The IAEA too was expected to “perform its inherent duty” concerning the Islamic Republic, and preserve its independence, impartiality, and professionalism, he added. However, Naziri said, the Agency had allowed itself to be influenced by outside “political pressures.”