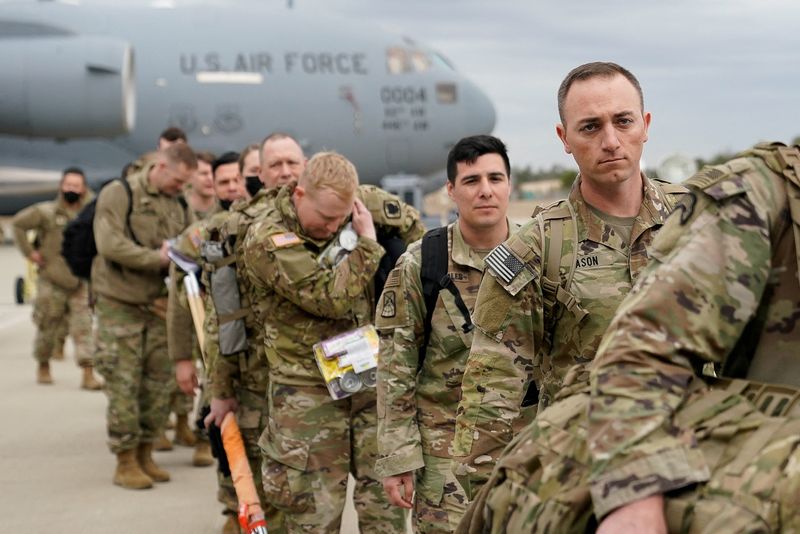 “Soldiers from the 18th Airborne Corps arrived in Wiesbaden today,” a spokesperson for the command said in a statement, adding that they would establish a headquarters in Germany to support 1,700 paratroopers meant to deploy to Poland.

“These are the first of 2,000 soldiers to arrive in Europe following the Pentagon’s announcement of additional forces moving from the United States to Europe in support of our NATO allies,” the statement said.

On Wednesday, U.S. President Joe Biden ordered nearly 3,000 extra troops to Poland and Romania to shield Eastern Europe from a potential spillover from the Ukraine crisis.

According to the Pentagon, a Stryker squadron of around 1,000 U.S. service members based in the German town of Vilseck will be sent to Romania, while around 1,700 servicemembers, mainly from the 82nd Airborne Division, will deploy from Fort Bragg, North Carolina, to Poland.

On top of that, 300 other service members were supposed to move from Fort Bragg to Germany.