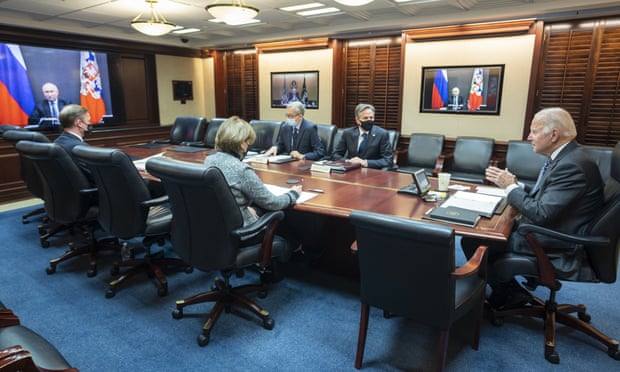 Yesterday’s virtual summit between Joe Biden and Vladimir Putin made little apparent headway in defusing the crisis over Ukraine in the wake of a Russian troop buildup, and instead delegated officials from each country to stay in contact.

The two leaders talked by videoconference for more than two hours, during which they laid out their positions.

The Kremlin said Putin and Biden had traded threats regarding Russia’s buildup of forces near the Ukrainian border. Putin accused Nato forces of undertaking “dangerous attempts to develop Ukrainian territory and increase its potential along our borders”.

Putin went on to demand “reliable, legal guarantees” that would specifically prevent Nato from expanding its territory toward Russia or place missile systems in countries bordering Russia.