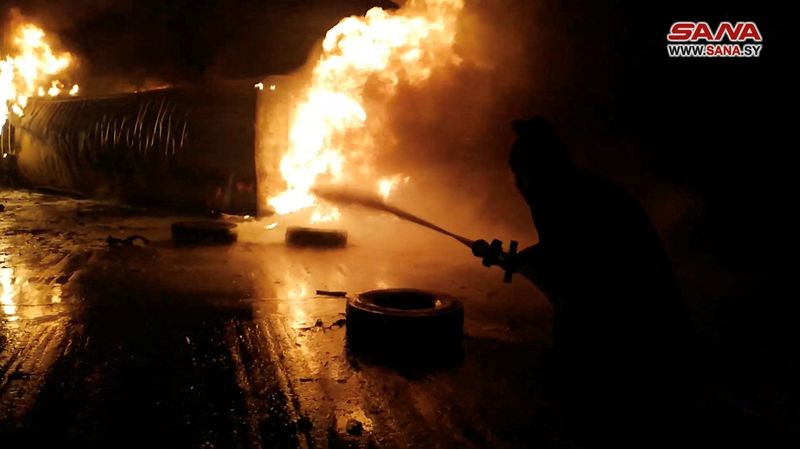 A still image from a video footage shows a firefighter dousing flames at the Syrian port of Latakia, Syria, December 28, 2021. SANA/Handout via REUTERS

The attack, the second in December, damaged facades of a hospital, some residential buildings and shops

“The Israeli “aggression” caused big materialistic damages and assessing its results is still a work in progress”, the Syrian defence ministry said in a statement.

Israel has mounted frequent attacks against what it has described as Iranian targets in Syria, where Tehran-backed forces including Lebanon’s Hezbollah have deployed over the last decade to support President Bashar al-Assad in Syria’s war.

Live footage aired by the Syrian State TV showed flames and smoke in the containers area.

“Fire fighters are trying to put the fires off while ambulances arrived at the scene,” the state TV reporter said.

Russia, which has been Assad’s most powerful ally during the war, operates an air base at Hmeimim some 20 km (12 miles) away from Latakia.