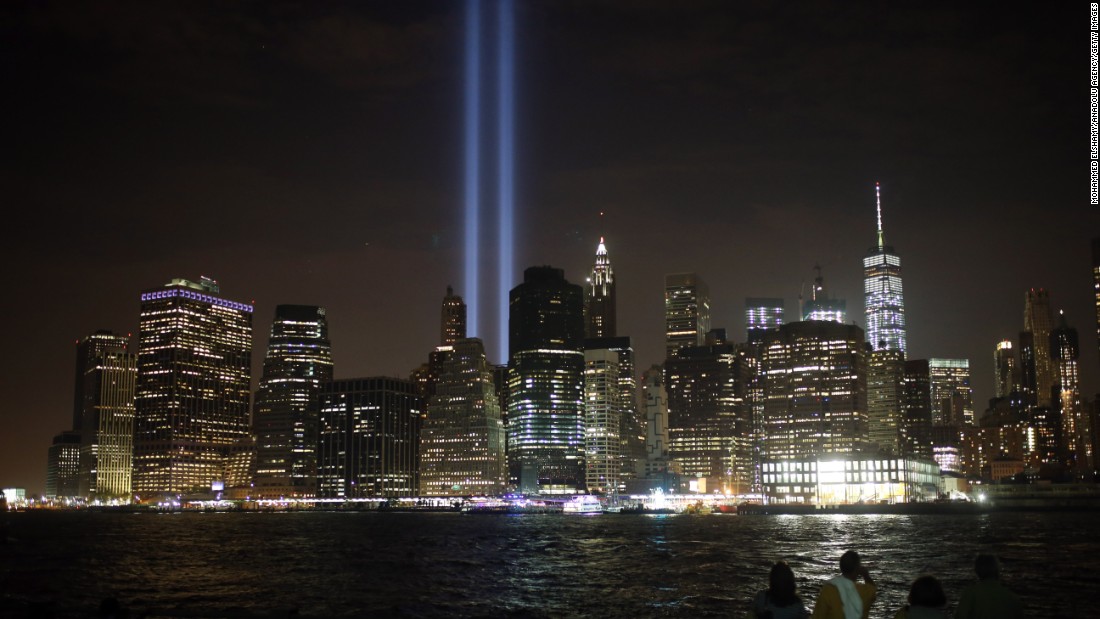 A version of this story appeared in CNN’s What Matters newsletter. To get it in your inbox, sign up for free here.
But the family members of 9/11 victims are still pursuing accountability from another country — Saudi Arabia — as well as seeking more information hidden by the US government in US courts.
Secrecy has fueled theories. The kingdom has denied any involvement, and the US long ago decided that Saudi Arabia, its strategic partner in the Middle East, had no role in the attacks — though 15 of the 19 9/11 hijackers were Saudi citizens. So had bin Laden been, although he had been expelled from the kingdom and his citizenship revoked.
Suspicion of Saudi Arabia has persisted, however, and the dogged efforts of 9/11 families over the past two decades have forced the US, bit by bit, to share early leads that tied the hijackers to Saudi officials but were shrouded in secrecy and hidden from public view as classified information.
Persistence has yielded results. More details on those investigations could be forthcoming as a lawsuit against Saudi Arabia proceeds in court.
That lawsuit exists only because, after a years-long campaign by the 9/11 families, Congress passed a special law in 2016 allowing individuals to sue governments for terror attacks.
President Joe Biden has tried to keep a campaign promise to release FBI information related to 9/11 investigations by ordering a review of information at the bureau. A group of 9/11 families had asked him to stay away from Ground Zero unless the documents were released.
RELATED: Saudi embassy says it welcomes the release of classified documents related to September 11 attacks
A military commission case proceed at Guantanamo. Separate from the 9/11 families lawsuit, there has been movement this week in military commissions at Guantanamo Bay for 9/11 mastermind Khalid Sheikh Mohammed and four others accused of having a hand in the attacks.
This military commission has been drawn out for many reasons, including issues surrounding the fact the US subjected the men to enhanced interrogation techniques — in other words, torture — and because of the Covid-19 pandemic. They appeared at pretrial hearings this week but the trial likely won’t begin until 2022. It has been delayed several times. The five detainees were arraigned in 2012.
CNN’s Ellie Kaufman has been covering the military tribunal against alleged 9/11 conspirators.
Justice takes a very long time. That both the 9/11 lawsuit and the military commission are still ongoing 20 years after the attacks is proof of the difficulty of achieving justice and accountability for a terror plot that not only brought down skyscrapers in Manhattan, left a gaping hole in the Pentagon and brought down four jetliners but also changed the way Americans live and travel.
First, the 28 pages. A first step in this long story of persistence by 9/11 families who blame Saudi Arabia was the effort to declassify 28 pages of the landmark 9/11 Commission report that investigated the causes of the attacks.
The only part of the report kept secret, the 28 pages were kept classified for years until they were released, under public pressure, during the Obama administration.
Saudi contacts with hijackers. Those long-classified documents confirmed that some of the 9/11 hijackers had been in contact with and received support from individuals connected to the Saudi government, CNN reported at the time of the release.
They included the stunning revelation that the phone number of Prince Bandar bin Sultan, who was then Saudi ambassador to the US, was in the phone book of Abu Zubaydah, who is currently held at the US military prison at Guantanamo Bay and was an associate of bin Laden.
Separately, the US Supreme Court has agreed to take up Zubaydah’s request for information from CIA contractors about his detention and torture in Poland, where there is a Polish criminal trial regarding the CIA black site there.
In addition to Bandar’s number, Zubaydah had the unlisted number of a guard who worked at the Saudi Embassy in the US. The 28 pages also described Bandar’s financial support for a man, Osama Bassnan, who had been in contact with two of the hijackers.
CNN’s Jennifer Rizzo wrote a more in-depth review of the 28 pages.
In 2020, as part of the lawsuit brought by 9/11 family members, the US Department of Justice accidentally included the name of another Saudi Embassy official, Ahmed al-Jarrah, in court documents. Read more about al-Jarrah from ProPublica, which reported he was investigated by the FBI, but there was no evidence to suggest he was at all involved in the 9/11 plot.
US presidents have sought to shield Saudi Arabia from US lawsuits, citing the need for national security and to protect Americans from retaliatory lawsuits.
The Trump administration fought against the release of al-Jarrah’s name, for instance.
Obama vetoed a congressional effort to authorize 9/11 families to sue Saudi Arabia in federal court.
It was the only time during his presidency that Congress overrode an Obama veto.
“Obviously all of us still carry the scars and trauma of 9/11,” he told CNN’s Jake Tapper in 2016, pointing out that the US had set up a victim compensation fund for the families.
“The concern that I’ve had has nothing to do with Saudi Arabia, per se, or my sympathy for 9/11 families. It has to do with me not wanting a situation in which we’re suddenly exposed to liabilities for all the work we’re doing around the world.”