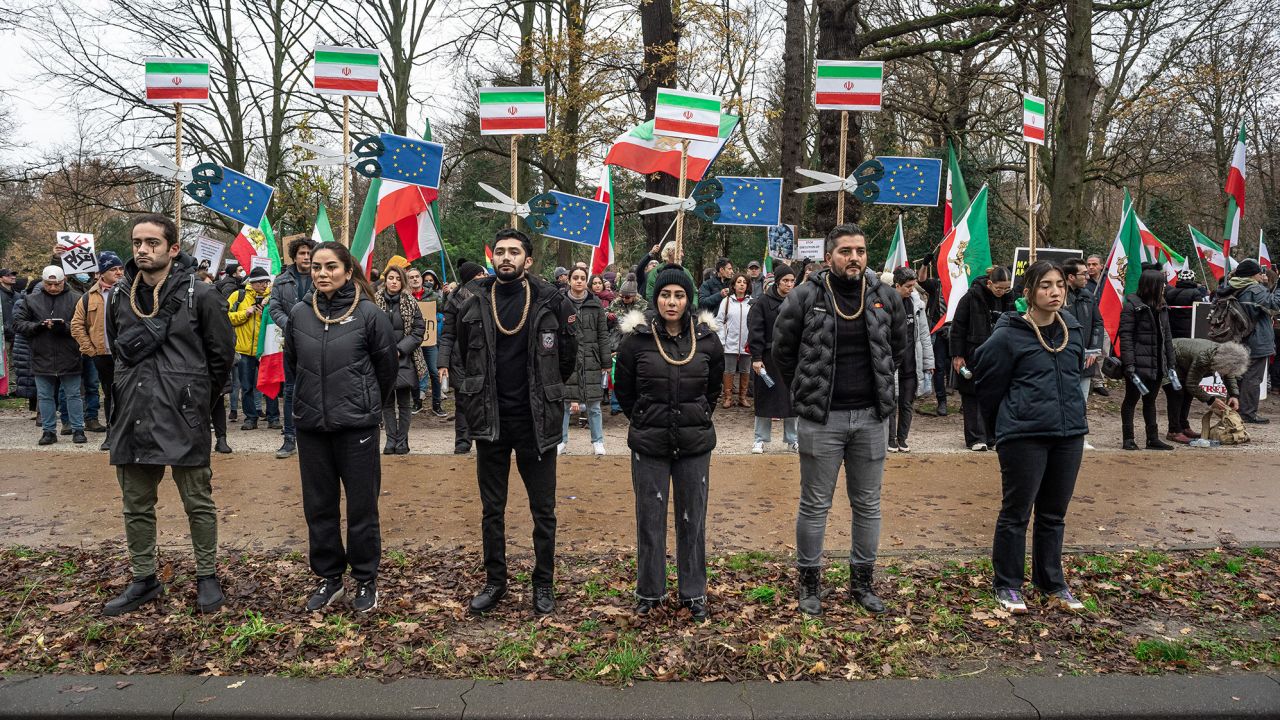 The Islamic Republic of Iran has long ranked among the world’s top executioners. But with the recent death sentences handed down to protesters, critics say the regime has taken capital punishment to a new level.

The regime executed 314 people in 2021, 20% more than the previous year, rights group Amnesty International said in a report from May 2022. Many of those had to do with drug-related crimes.

This year, a number of protesters are entangled in Iran’s court system, many of whom face a particularly unjust judicial process, according to activists.

Human rights activists have warned there’s a real risk that many of them could become another number in the growing list of those executed by the Islamic Republic. At least 43 people are currently facing execution in Iran, according to a CNN count, but activist group 1500Tasvir says the number could be as high as 100.

“Defendants are systematically deprived of access to lawyers of their choice during the trial, are subjected to tortured and coerced confessions and then rushed to the gallows,” Tara Sepehri Far, an Iran researcher at Human Rights Watch, told CNN.

With this round of protests, critics say, the authorities are using charges that carry the death penalty more liberally than they have before, widening the application of such laws to cover protesters.

According to Iranian state media, dozens of government agents, from security officials to officers of the basij paramilitary force, have been killed in the protests. Activist groups HRANA and Iran Human Rights say that 481 protesters have been killed.

Security personnel have died in previous protests as well, Sepehri Far said, “but it is crucial to point out in this (time) round Iranian authorities are using the death penalty way beyond (the) intentional killing of security officers.”

The regime appears to have capitalized on the executions, using them as a deterrent to people eager to speak out and flood the streets, as was seen after the death of 22-year-old Mahsa Jina Amini in the custody of the nation’s morality police.

“The trials and executions are yet another piece of the repression machine serving to demonstrate power and control and spread fear and publicize (the) government’s narrative about protesters,” Sepehri Far explained.

Iran has used Islamic Sharia law to prosecute protesters with crimes carrying the death penalty, namely “waging war against God” or “moharebeh” and “corruption on earth,” according to the UN Office of Human Rights.

The process has been criticized within the country too.

Mohsen Borhani, a professor at Tehran University and an expert in Islamic jurisprudence, has also challenged the use of such religiously based charges against protesters. In a television debate last month, he argued that the protesters executed were charged with waging war against God when their role in the protests did not in fact merit such a charge.

The brandishing of weapons by protesters, he said, was meant to intimidate, not injure security personnel. “This is fundamentally out of the realm of moharebeh because the person’s opposition is towards the government, not civilians.”

Sepehri Far said that Mohsen Shekari, one of the first protesters to be executed, was accused of injuring an officer. “Others have received the death penalty for extremely vague charges such as destruction and arson of public property or using a weapon to spread terror,” she said.

Activists say Iranian authorities have developed sophisticated methods of spreading disinformation on how, why and when executions will be carried out. Civil rights activist Atena Daemi said in a tweet, for example, that several Iranian news outlets had reported that activists on death row had been released, news that was refuted by the prisoners’ families.

Activists have said that condemning the protests is not enough. The European Union has taken note, and as the bloc continues to discuss imposing a fourth round of sanctions on Iran, some members have supported moves to classify its Islamic Revolutionary Guard Corps (IRGC) as a terrorist organization.

Saudi Arabia aims to host a pre-pandemic number of Muslim pilgrims for the Hajj in 2023, the Saudi Ministry of Hajj and Umrah said in a tweet on Monday. No age limits will be imposed on Hajj pilgrims this season, which starts on June 26.

Egypt committed to a flexible currency, a greater role for the private sector and a range of monetary and fiscal reforms when it agreed to a $3 billion financial support package with the International Monetary Fund (IMF), Reuters reported, citing an IMF staff report released on Tuesday. Among its pledges is one to slow investment in public projects, including national projects, so as to reduce inflation and conserve foreign currency, without specifying where cuts might fall. Egypt also said it would allow most fuel product prices to rise until they were in line with the country’s fuel index mechanism to make up for a slowdown in such increases over the last fiscal year.

Saudi Arabia plans to use domestic uranium for nuclear fuel

Saudi Arabia plans to use domestically-sourced uranium to build up its nuclear power industry, Reuters cited Energy Minister Prince Abdulaziz bin Salman as saying on Wednesday. He added that recent exploration had shown a diverse portfolio of uranium.

German exports to Iran rose by 12.7% last year, Reuters reported. Despite a significant deterioration in political ties between the two countries due to Iran’s brutal crackdown on protesters, trade ties remained intact, with the value of trade climbing to $1.6 billion between January and November. Berlin is currently pushing for a fourth package of European Union sanctions on Iran.

The Gulf nation of Oman become the latest in the small group of countries that are considering a move to a four-day workweek.

The government has said that it is studying the possibility of expanding weekends to three days instead of two, citing other nations’ success in pilots to test the move.

Several countries have experimented with a four-day work week, including Iceland, Spain and Ireland, and the trials suggest that the move improves productivity.

Oman’s neighbor, the UAE, has seen some of the most dramatic changes to the country’s work environment. Besides shifting the country’s weekend to Saturday and Sunday instead of Friday and Saturday, the country adopted a four-and-a-half-day workweek in 2022.

The UAE emirate of Sharjah took that a step further by adopting a four-day work week across all government sectors and allowing private companies to do the same.

The emirate reported a 40% drop in traffic accidents in the first 8 months, a boost in employee productivity, and a drop in gas emissions due to the decrease in commutes, according to local media.

The onset of Covid-19 drastically changed the working environment of the Gulf region as companies were forced to adapt to new ways of working under restrictions.