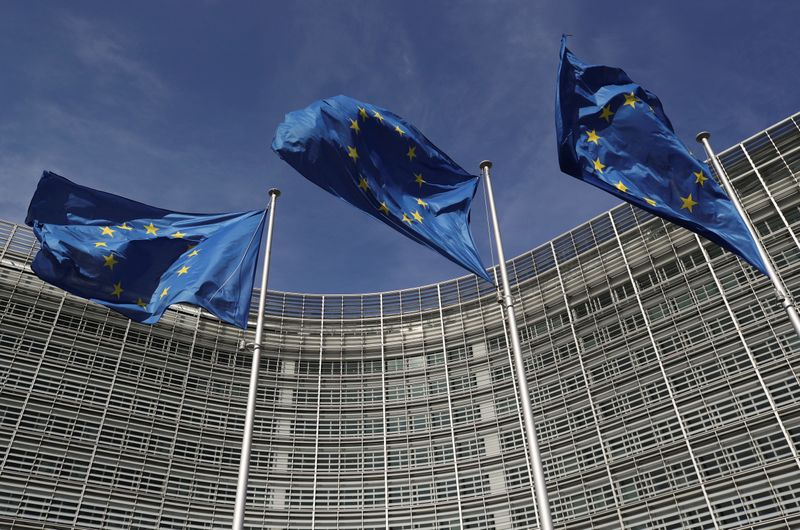 By Robin Emmott and John Irish

BRUSSELS/PARIS (Reuters) – The European Union has agreed to impose sanctions on another 10 individuals linked to the Feb. 1 coup in Myanmar and to target two businesses run by the armed forces for the first time in protest at the military takeover, two diplomats said.

The measures, which the diplomats said could take effect next week, would target two companies that generate revenue for the Myanmar Armed Forces. Reuters first reported preparations for the measures on March 8.

While the EU has an arms embargo on Myanmar and targeted 11 senior military officials last month, the decision to target two companies is the most significant response so far for the bloc since the coup that ousted an elected government led by Nobel peace laureate Aung San Suu Kyi.

“A list will be adopted. It’s been agreed with 10 individuals and two entities. There was a discussion on which entities to add linked to the junta and two were agreed,” one European diplomat said.

A second European diplomat confirmed the agreement among the EU’s 27 ambassadors.

EU diplomats told Reuters in March that parts of the military’s conglomerates, Myanma Economic Holdings Limited (MEHL) (editors: correct) and Myanmar Economic Corporation (MEC), would be targeted, barring EU investors and banks from doing business with them. Human rights groups have also called for them to be sanctioned.

More details were not immediately available. The EU declined to comment, and no one at Myanmar’s mission to the EU in Brussels could be reached for reaction.

The sanctions are expected to be imposed and the names of those targeted made public next week.

The new round of measures follow similar moves by Britain and the United States. The EU sanctioned Senior General Min Aung Hlaing, the armed forces commander-in-chief, and 10 others on March 22.

EU foreign ministers will discuss their strategy on Monday in a regular meeting.

French Foreign Minister Jean-Yves Le Drian said on April that a new round of sanctions, including on companies, were coming.

The conglomerates are spread throughout the economy from mining and manufacturing to food and beverages to hotels, telecoms and banking. They rank among the country’s biggest taxpayers and sought partnerships with foreign companies as Myanmar opened up during the democratic liberalization.

A United Nations fact-finding mission in 2019 recommended sanctions against the two companies and their subsidiaries, saying they gave the army extra sources of revenue that could finance human rights violations.

Like several Western powers, the EU has condemned the coup and called for the restoration of civilian rule.

The coup has plunged Myanmar into crisis after 10 years of tentative steps toward democracy, with, in addition to the daily protests, strikes by workers in many sectors that have brought the economy to a standstill.

An activist group, the Assistance Association for Political Prisoners, says the security forces have killed 715 protesters since the overthrow of Suu Kyi’s government.