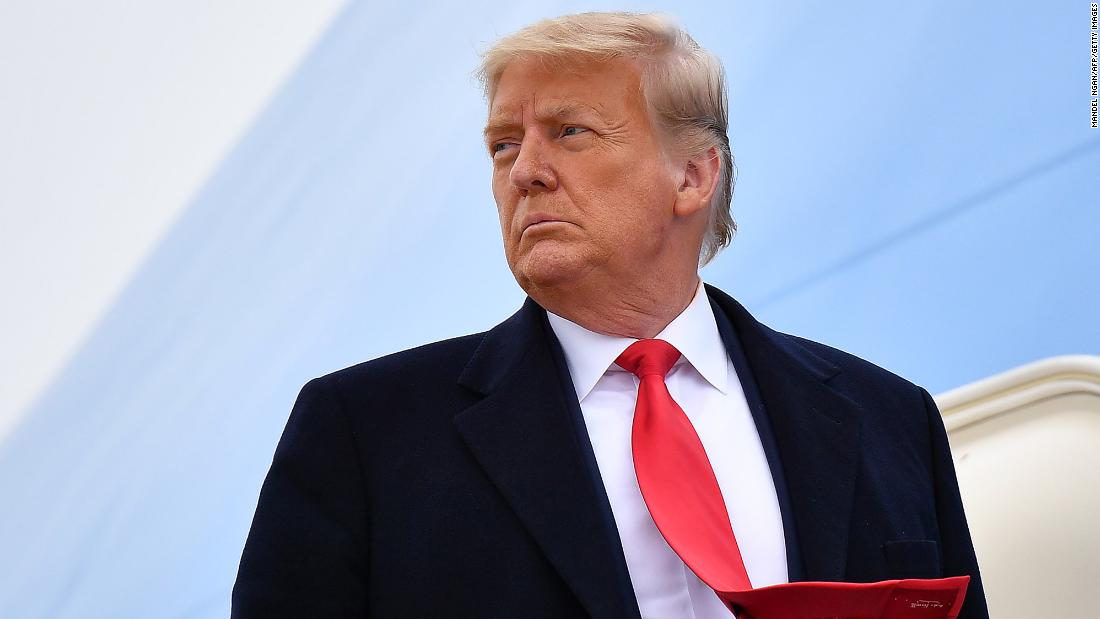 The newly minted nonprofit is called the America First Policy Institute and boasts a staff of 35 former Trump aides, including former Cabinet secretaries, top national security advisers and members of the former President’s evangelical advisory board.
The group’s launch was first reported by Axios.
Trump’s daughter Ivanka and her husband, Jared Kushner, both of whom served as White House policy advisers, are also involved in the project as informal advisers, according to two people familiar with the arrangement.
“We’re all great friends and they helped us with this,” said Larry Kudlow, a former Trump economic adviser who will serve as vice chair of the America First Policy Institute board.
Trump said in a statement on Tuesday that the group’s members “have my full support as they work not only to preserve the historic accomplishments of my administration, but also to propel the America First Agenda into the future” and that he looks forward to working with them on their efforts.
The group has been months in the making and joins a litany of other Trump-backed outfits that have emerged since the former President left office on January 20. It is by far the largest outside entity that has formed in the post-Trump era, with an initial budget of $20 million and plans to double that figure before the 2022 midterm elections.
According to its website, which went live on Tuesday, the America First Policy Institute will train its efforts on promoting “liberty, free enterprise, national greatness, American military superiority, foreign-policy engagement in the American interest, and the primacy of American workers, families, and communities in all we do.”
With plans for an office in the Washington suburb of Arlington, Virginia, the group will also maintain proximity to congressional Republican allies who are interested in keeping Trump’s MAGA movement afloat while competing with other conservative organizations that have gained prominence because of their ties to the former President. Among them are the Conservative Partnership Institute, a group formed by former Republican Sen. Jim DeMint of South Carolina that added former White House chief of staff Mark Meadows as a senior partner in late January, and America First Legal, a legal group recently launched by former White House policy adviser and conservative firebrand Stephen Miller.
The ever-expanding ecosystem of Trump-aligned groups underscores the tight grip the 45th President maintains over the Republican Party, even as some party leaders and GOP donors privately fear the electoral damage his prolonged influence could cause in the midterm elections and beyond.
Nevertheless, groups like the America First Policy Institute are betting that grassroots conservatives and the GOP base remain pleased with the ex-President’s populist policies and will generously support those who are committed to advancing the Trump agenda.
Kudlow told CNN that he and three of his America First Policy Institute colleagues — former White House Domestic Policy Council director Brooke Rollins, former Small Business Administrator Linda McMahon and Keith Kellogg, who served as national security adviser to then-Vice President Mike Pence — met with Trump at his Mar-a-Lago compound last Thursday to brief the former President on their outfit and its mission.
“He’s very encouraging,” Kudlow said of Trump.
While the America First Policy Institute plans to occasionally rebut Biden administration policies it disagrees with, Kudlow and others said the group’s primary focus will be advocating for Trump’s populist agenda now that he’s no longer in office, including through white papers and privately funded research on hot-button topics ranging from “election integrity” to China and Big Tech.
Other Trump allies involved with the new outfit include former Florida Attorney General Pam Bondi, former deputy White House communications director Brian Morgenstern, former Energy Secretary and Texas Gov. Rick Perry and Paula White-Cain, the televangelist and former Trump spiritual adviser, who will guide the organization’s Center for American Values.