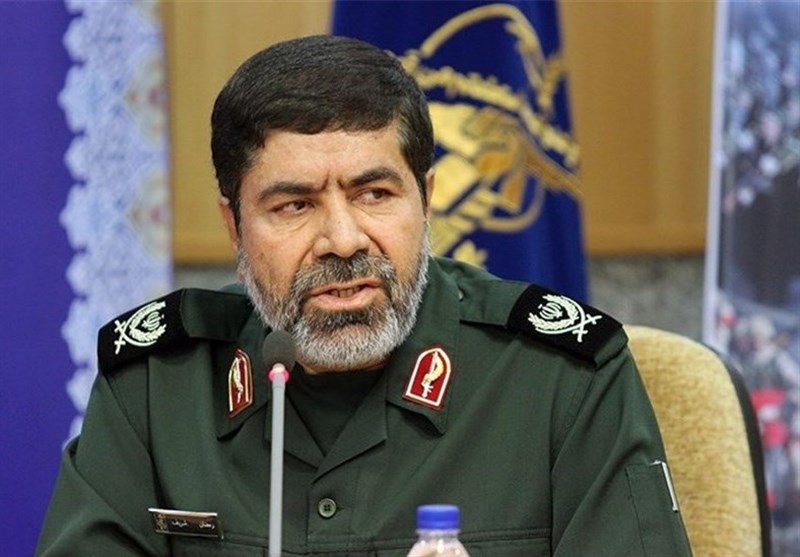 The spokesperson for the Islamic Revolution Guards Corps said infusing despair and despondency in Iran’s society and seeing a low turnout in the upcoming elections in the country are among the objectives pursued by the enemy.

Addressing a group of media activists and Baseej (volunteer) forces in the northwestern city of Tabriz, Brigadier General Ramezan Sharif said the enemy front has always seen the election seasons in Iran as a time to escalate its lie-mongering, painting a black picture of the situation in the country and spreading lies and false claims against the Islamic establishment and the Iranian nation.

Infusing despair and despondency and causing a low turnout in the polls are among the objectives of the enemy, he said, adding that in order to counter such a plot, it is incumbent upon the country’s media activists to promote massive participation in the elections.

Back in March, the Leader of the Islamic Revolution warned that the enemies have been plotting to undermine the upcoming presidential election in Iran.

Ayatollah Seyed Ali Khamenei in a speech on March 21 warned that intelligence services of some countries, particularly the United States and the Zionist regime (Israel), have been plotting to undermine the election in Iran and reduce its vibrancy.

Ayatollah Khamenei said enemies are leveling accusations against officials in charge of holding the election and also the Constitutional Council while making efforts to discourage the Iranian nation, adding that they are taking advantage of the cyberspace to achieve their goals.

“It is no cause of honor [for us] to leave the cyberspace to enemies. All countries take measures to manage the cyberspace, but we take honor in having let it loose! The enemy takes advantage of this [virtual] space to reduce people’s participation in elections through psychological methods,” the Leader noted.

Ayatollah Khamenei added, “The cyberspace must be managed. There is no doubt that this possibility must be used by people and it brings freedom to people. It is also very good. However, this means must not be made available to the enemy to hatch plots against the country and against the nation.”

Slated for June 18, the presidential election in Iran will be held simultaneously with council and midterm parliamentary and Assembly of Experts elections. More than 59,310,000 Iranians are eligible to vote.