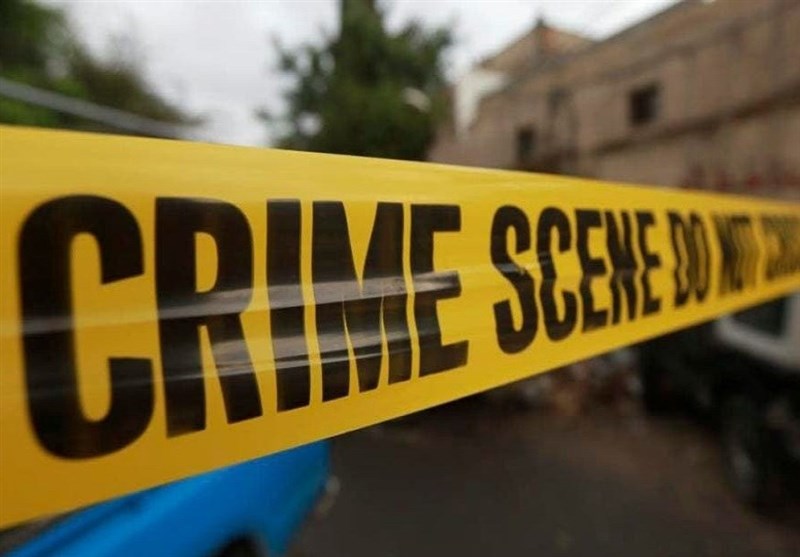 A public transit worker shot dead eight people at a California rail yard Wednesday before turning his gun on himself as police arrived, officials said, in the latest mass shooting to hit the United States.

Multiple victims were also wounded in the attack at the train maintenance compound in San Jose, just south of San Francisco, which has once again shone a spotlight on the country’s raging gun control debate.

“What the hell is wrong with us, and when are we going to come to grips with this?” Said California Governor Gavin Newsom at a press conference, where he praised the swift response of law enforcement, AFP reported.

They did not exchange gunfire with the shooter, who died from a self-inflicted gunshot wound.

“I know for sure that when the suspect knew that law enforcement was there he took his own life,” said Santa Clara County Sheriff Laurie Smith. “Our deputies were right there at that time.”

Bomb squads were deployed after dogs detected “some type of explosives material at the crime scene,” Davis said.

US President Joe Biden called the incident a “horrific tragedy” and ordered flags to be flown at half-staff, saying in a statement: “There are at least eight families who will never be whole again.”

“Once again, I urge Congress to take immediate action and heed the call of the American people, including the vast majority of gun owners, to help end this epidemic of gun violence in America.

“Every life that is taken by a bullet pierces the soul of our nation. We can, and we must, do more.”

The suspect — identified by multiple media outlets as Samuel Cassidy — was an employee of the Valley Transportation Authority, which provides rail and bus services for San Jose, a Silicon Valley tech hub of almost a million people.

Victims including VTA employees were found shot in two different buildings on the site. The authority’s chairman Glenn Hendricks called the shooting a “horrible tragedy.”

Dozens of police cars and fire engines lining the streets near the rail yard were joined at the scene by FBI officials. Special agent Craig Fair warned the “fairly sizable crime scene” would take a significant amount of time to process.

Nearby, anxious families of employees waited at a county building for word about the safety their relatives.

“This is a very dark moment for our city and for our community,” said San Jose Mayor Sam Liccardo.

Many of those killed or wounded were essential workers who had “helped us get through this horrific pandemic” by keeping public transport operating, he added.

San Jose police were also investigating a house fire believed to be linked to the shooting. According to multiple US media reports, the blaze began at the suspect’s home shortly before the attack.

The shooter’s ex-wife Cecilia Nelms told the Bay Area News Group that Cassidy had “often spoke angrily about his co-workers and bosses, and at times directed his anger at her.”

An ex-girlfriend additionally accused him of raping and abusing her, often during violent “mood swings,” according to court records cited by the San Francisco Chronicle.

Local officials said the shooting — which was initially reported before 7 a.m. local time (1400 GMT) — had taken place at an employee meeting, with at least 80 staff on site at the time.

A vigil in honor of the victims has been scheduled for Thursday at 6 p.m. local time at San Jose’s City Hall Plaza, according to Liccardo.

The United States has a long and painful history of deadly gun violence, in the form of a steady daily toll of shootings as well as high-profile mass killings that have targeted schools, work places and shopping centers.

Homicides, mostly gun-driven, have surged in the US over the past year.

Mass shootings have occurred in recent months at a FedEx facility in Indianapolis, an office building in California, a grocery store in Colorado and at several spas in Atlanta.

In August 2019, another mass shooting in the Bay Area left two children and a 25-year-old man dead at a garlic festival in Gilroy, around 30 miles (50 kilometers) south of San Jose.

Biden last month branded US gun violence an “epidemic” and an “international embarrassment.”

There were more than 43,000 gun-related deaths in the United States last year, including suicides, according to the Gun Violence Archive.