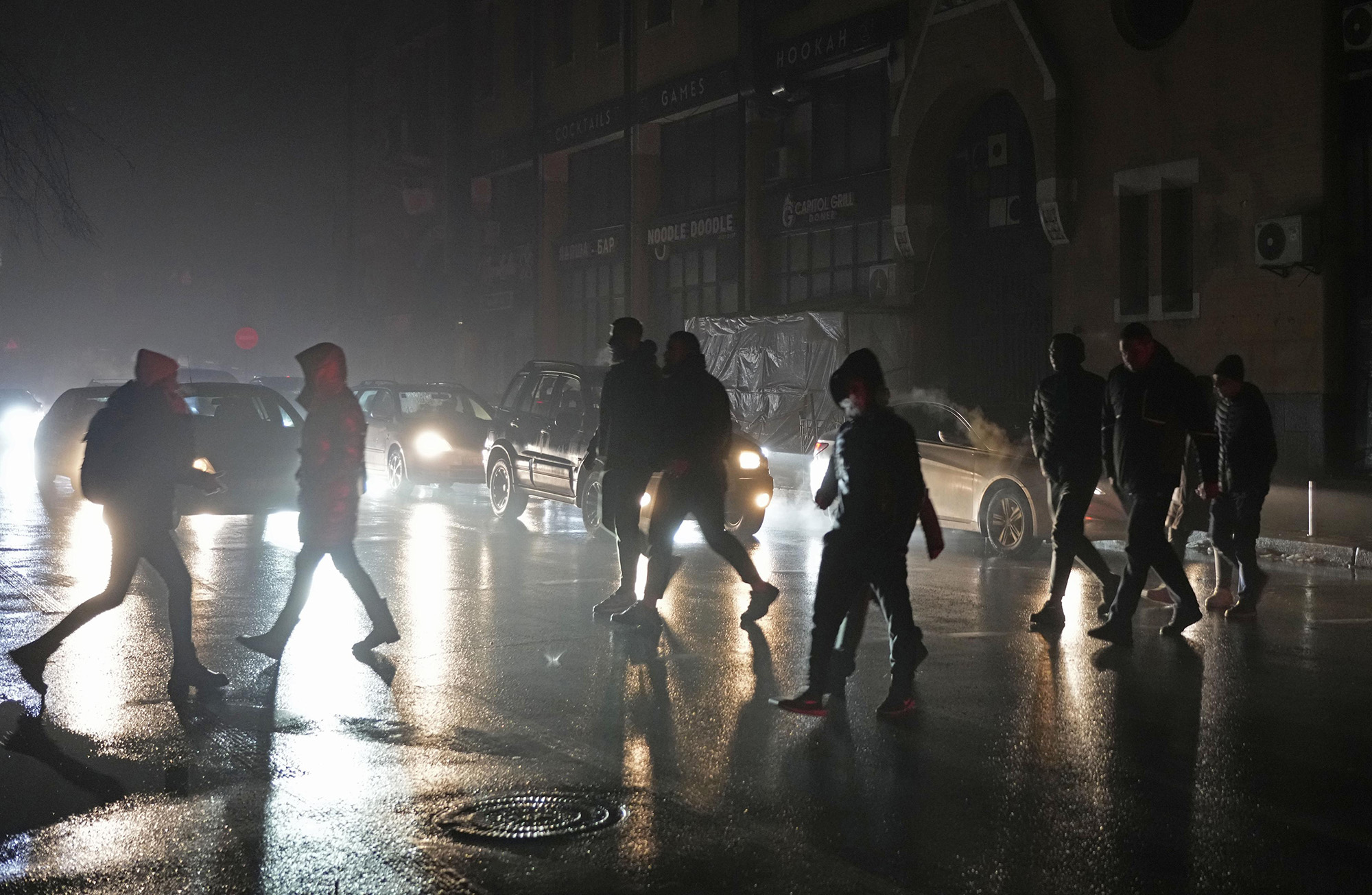 The race to restore power to homes in Ukraine is being slowed by “strong winds, rain and sub-zero temperatures,” national energy supply company Ukrenergo warned Friday.

“The pace of restoration [to household consumers] is slowed down by difficult weather conditions: due to strong winds, rain and sub-zero temperatures at night, ice and gusts of wind in distribution networks add to the damage caused by Russian missiles,” it said, adding that repair teams were “working around the clock to repair the damage.”

“More than 70% of the country’s consumption needs” were now covered, the statement read, and the power has been restored to “critical infrastructure facilities in all regions: boiler houses, gas distribution stations, water utilities, sewage treatment plants.”

However, it said that there was still a deficit of electricity in the system, and therefore consumers would lose access to electricity at times under “planned and emergency consumption restriction schedules”.

We ask Ukrainians to remember that if there is no light in the house, it means that repairmen are working at that very moment,” Ukrenergo said.

Infrastructure under attack: Russia’s targeting of critical infrastructure on Wednesday resulted in the temporary shutdown of most of Ukraine’s power plants and left the majority of people without electricity. The Ukrainian armed forces said 70 Russian missiles were launched on Wednesday afternoon and 51 shot down, along with five attack drones.

Russia has turned its attention to destroying energy infrastructure in Ukraine ahead of the bitter winter season, and successive waves of strikes have left much of the country facing rolling blackouts.