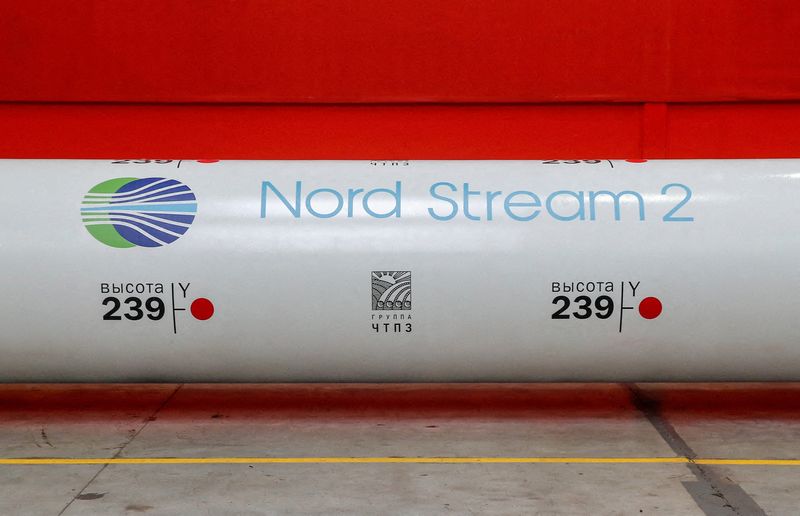 FILE PHOTO: The logo of the Nord Stream 2 gas pipeline project is seen on a large-diameter pipe at the Chelyabinsk Pipe Rolling Plant owned by ChelPipe Group in Chelyabinsk, Russia, February 26, 2020. REUTERS/Maxim Shemetov

BERLIN (Reuters) – German Defence Minister Christine Lambrecht on Thursday warned against drawing a link between the Nord Stream 2 pipeline, meant to transport natural gas from Russia to Germany, and the differences with Moscow over Ukraine.

“We should not drag (Nord Stream 2) into this conflict,” Lambrecht told the broadcaster rbb in an interview.