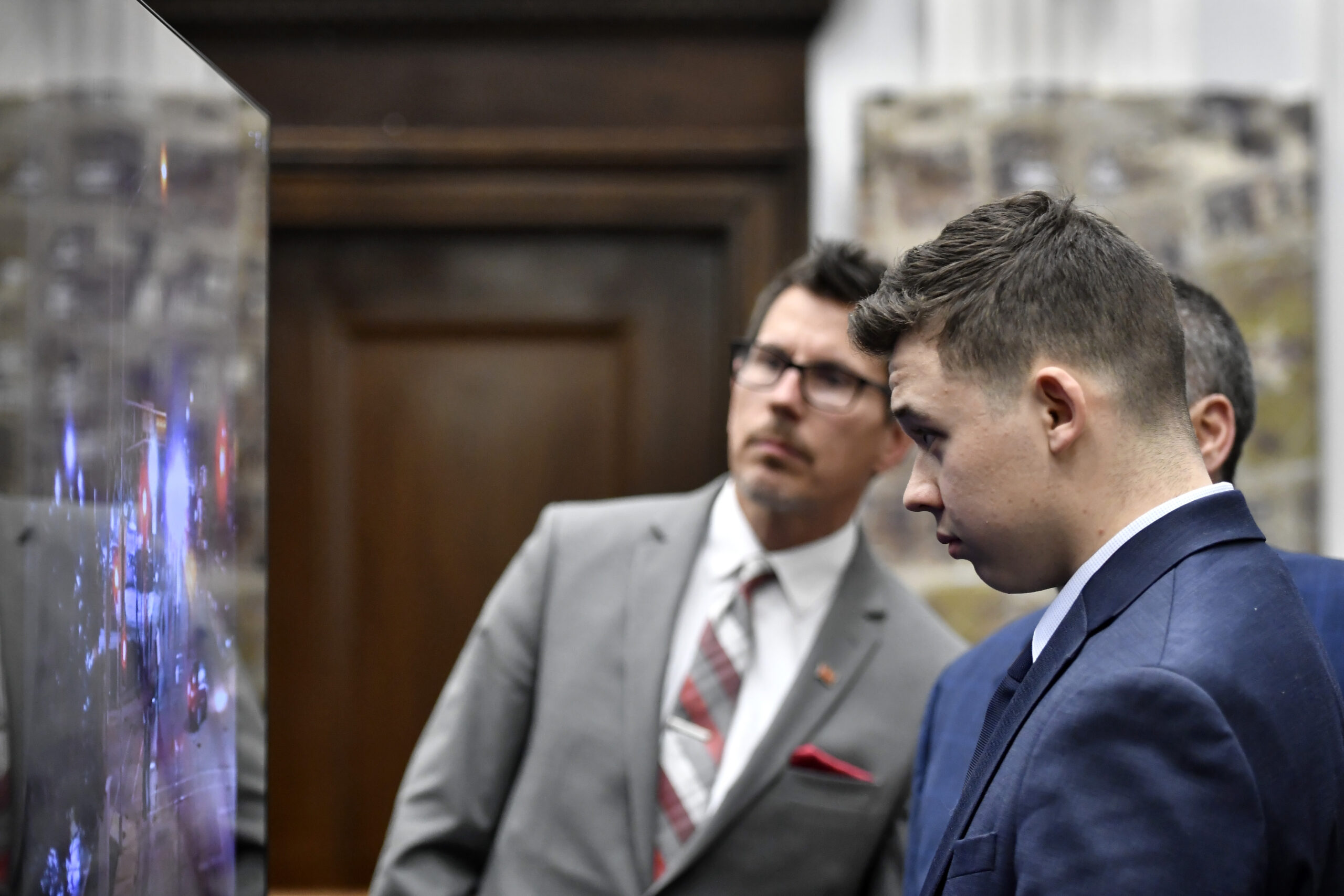 The violence in Kenosha, a city of about 100,000 people, came amid a tense summer of protests and unrest as masses of people denounced how American police treated Black people.

Rittenhouse, from nearby Antioch, had an affinity for guns and supported “Blue Lives Matter” and then-President Donald Trump, according to his social media accounts.

On Aug. 23, 2020, a Kenosha Police officer shot Jacob Blake, a 29-year-old Black man, multiple times in the back. The shooting was captured on cellphone video and quickly spread online, leading to outrage and protests as well as violence and destruction over the next few days.

Some people – including a number who did not live in Kenosha – took the matter of safety into their own hands. Rittenhouse was among them.

Wearing a green T-shirt and a backward baseball cap, the armed Rittenhouse walked the streets of the city on the night of Aug. 25 with a group of armed men, video and photos from the protests show. Hours after curfew, Rittenhouse was walking down the streets near a car dealership holding what investigators later determined to be “a Smith & Wesson AR-15 style .223 rifle,” the criminal complaint against him states.

The complaint says Rittenhouse clashed with people gathered near the car dealership for reasons not specified.

As Rosenbaum lay on the ground, Rittenhouse made a call on his cellphone and said, “I just killed somebody” as he ran away, the complaint alleges. A journalist who was following the suspect and the victim at the time provided investigators with more details on what happened. He told investigators the man shot was trying to get the suspect’s gun, according to the complaint.

Another video shows the suspect running from the scene followed by people in hot pursuit.

Rittenhouse then pointed his gun at a third man, later identified as Grosskreutz, who was holding a handgun, the complaint states. He was shot in the right arm and took off in the opposite direction screaming for a medic while the defendant walked away, the complaint alleges.

Rittenhouse left the shooting scene still armed and walked toward officers with his hands up, but police passed by him without arresting him, video shows. He ultimately went home and turned himself in at his local police department the next morning.

He was extradited to Wisconsin to face charges and released after posting $2 million in bail.