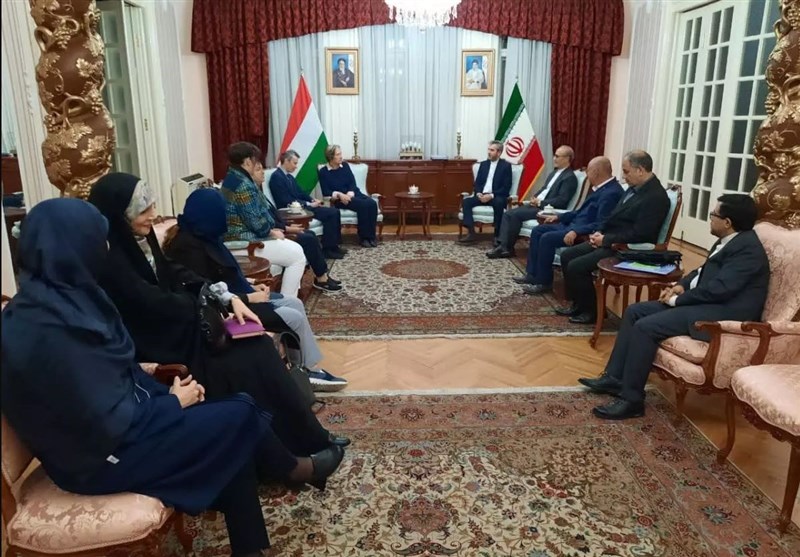 TEHRAN (Tasnim) – An Iranian deputy foreign minister described the rich culture of Iran as a precious human treasure, a common language for all nations, and a big asset that promotes global ties on the basis of multilateralism.

During his visit to Hungary, Iranian Deputy Foreign Minister for Political Affairs Ali Baqeri held a meeting with a group of Hungarian university professors and experts of Iranian studies in the Budapest University.

The visiting diplomat thanked the Hungarian experts of Iranian studies for their efforts to expand the Persian language and the Iranian culture in the European country.

Baqeri also stressed that the rich and dignified culture of Iran serves as a precious human treasure, a common language for all nations, and a big asset for making global ties humane on the basis of multilateralism, the Foreign Ministry’s website reported.

He then spoke about the inefficiency of the power-based models of creating a lasting and stable international order, highlighting the fact that Iran’s civilization is human-based.

The deputy minister said human, ethics, progress and spirituality are the foundations of the Islamic civilization of Iran and this is the common and understandable language of all nations that does not need to be translated for any tribe and nation.

The Hungarian experts of Iranian studies also outlined the features of the Iranian history, culture and civilization and gave a report on their activities to expand and promote the precious human treasure in Hungary.