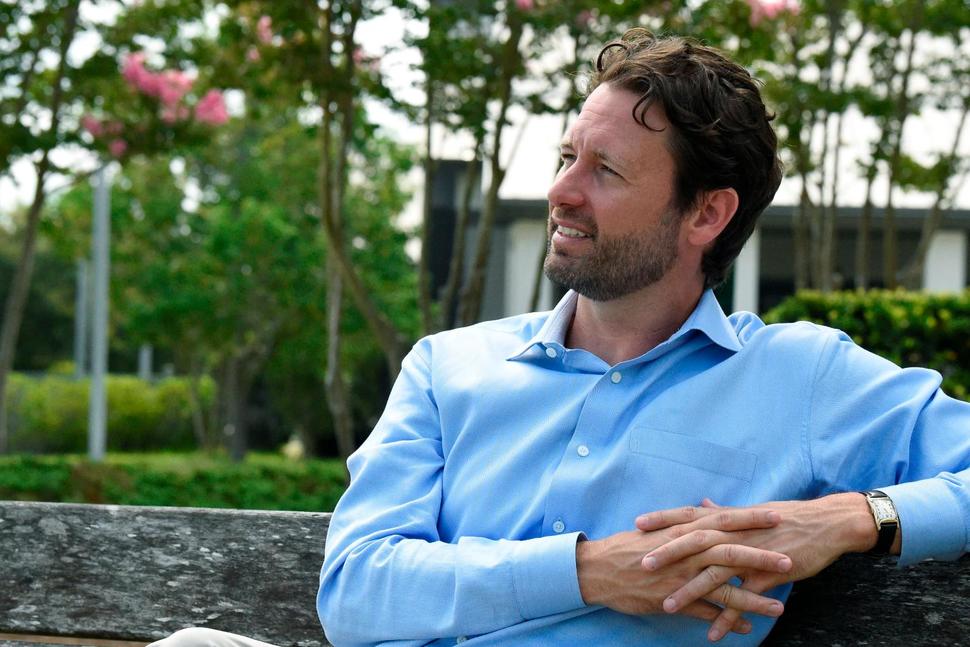 A Democrat running to unseat South Carolina Gov. Henry McMaster is pushing for legalization of marijuana in the state.

“This is going to be a game changer in South Carolina,” Cunningham told The Associated Press last week, several days ahead of Monday’s official rollout of his marijuana plan. “There are so many reasons why we need to do this, and the time is now.”

To Cunningham, legalization solves multiple problems: freeing up police to focus on violent criminals, providing a health care alternative for those who are terminally or chronically ill, and generating millions for a state he says is “dead last” in areas where funding has been a struggle, like education and health care.

He would also expunge criminal records for low-level marijuana-related crimes, giving a second chance to people “whose lives have been ruined over a bag of marijuana,” Cunningham said.

It would be a tough task, though, in South Carolina, where the office of governor holds limited constitutional power, and the GOP holds a super majority in both legislative chambers. A Democrat hasn’t won the Governor’s Mansion in more than two decades, so Cunningham would not only have to win over Republicans at the ballot box, but also in the state Legislature, where — despite years of debate — lawmakers have only passed one marijuana-related bill, allowing prescriptions for products with CBD, a hemp component that alone does not cause a “high.”

Cunningham, 39, was primed to become one of the Democratic Party’s rising stars after 2018, when he became the first in decades to flip a South Carolina congressional seat from red to blue. Two years later, he narrowly lost the 1st Congressional District to Republican Nancy Mace on an election night that amounted to GOP wins across South Carolina, aided in no small part by Donald Trump’s name atop ballots in a state where his popularity has stayed high.

But it’s that 2018 victory to which Cunningham points when asked how he plans to win both the governorship and lawmakers’ buy in, saying that he’s been the underdog before — and that his stance is buoyed by public opinion, citing anecdotal support from his campaign stops around the state.

“This is something the people want,” Cunningham said. “If our politicians aren’t reflecting the will of the people, then we have to change out the politicians, starting with Governor McMaster.”

Surveys in recent years have also shown increasing support for medicinal marijuana in South Carolina. It’s part of a national softening on the issue, even in other conservative states, with legalization measures cruising to victory last year in states across the political spectrum.

“People are behind it, and politicians need to get behind it, too,” said Cunningham, who says he has used marijuana in the past and voted for a marijuana decriminalization bill a month before departing the U.S. House.

During legislative debates on marijuana, authorities including State Law Enforcement Division Chief Mark Keel, the state’s top law enforcement officer, have testified against legalization, arguing that marijuana remains federally prohibited. Saying dozens of states have already acted on legalization, Cunningham said that his plan would help Keel do his job by freeing up officers to focus on more serious criminals.

“His job is to enforce the law,” Cunningham said. “And what we’re going to be doing is changing the law to prioritize where those resources are spent.”

Still nearly a year out from South Carolina’s gubernatorial primaries, Cunningham is making his case alongside two other Democrats in the race thus far. State Sen. Mia McLeod launched her own bid earlier this year, telling the AP she wasn’t afraid to spar with fellow Democrats. Activist Gary Votour has also filed paperwork to run.

Last week, Cunningham announced that he’d raised $634,000 in the two months since his launch, a new record for a South Carolina Democratic gubernatorial challenger in their debut fundraising quarter. According to online filings, McLeod brought in $104,000 since her launch last month.

On marijuana, Cunningham acknowledged the complexity of the issue but said his proposal is a way to take advantage of what he sees as an inevitable wave of change across the country.

“It’s money we’re passing up,” Cunningham said. “I’m not going to be the governor who sits on his hands.”

Meg Kinnard can be reached at http://twitter.com/MegKinnardAP.