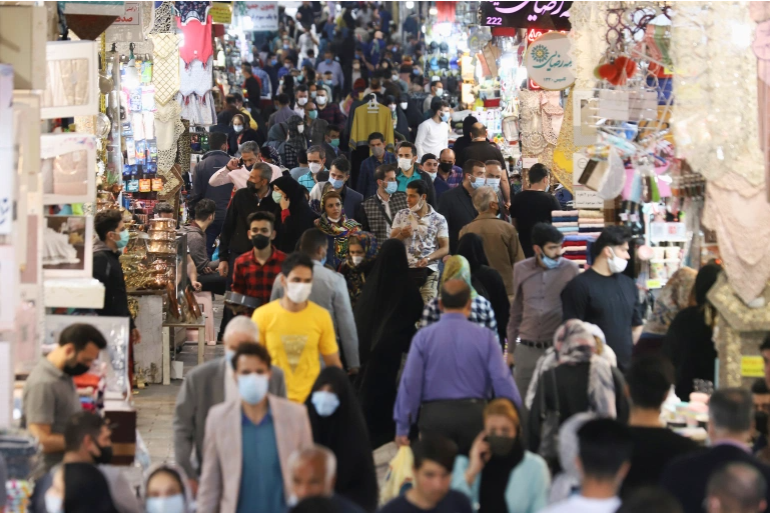 – As Iranian authorities hope the country could soon overcome a fourth major wave of COVID-19 infections, local travel has been banned during days leading to religious holidays to mark the end of Ramadan.

Eid al-Fitr, which is celebrated by Muslims worldwide, will be marked by Iranians on Wednesday and Thursday, and Friday is a weekend in the country. Millions usually travel during the long holidays.

According to the health ministry, 283 more Iranians died over the past 24 hours, bringing the total death toll to 74,524. Another 13,576 cases were also registered for a total of more than 2.64 million infections.

Alireza Raeisi, spokesman of the national anti-coronavirus headquarters, said on Saturday that travelling to all cities will be banned from 2pm local time on Tuesday, and the ban will continue until next Saturday at noon.

As with previous instances of extended holidays, many are likely to consider the penalties as part of their travel expenses as they are not hefty.

In cities classified as “red” on a scale denoting the severity of outbreaks, violators of the ban will face a 10 million rial ($47) fine, and those in “orange” and “yellow” cities will have to pay half that amount.

In worst-hit cities, most businesses are open but some, including in-door pools and gyms, cafes, cinemas and zoos have been ordered closed. If a business violates the rules in “red” cities, officials have said it will be shut down for three weeks.

School and university entrance exams are also slated to go ahead in person, a decision that has caused several student protests in the past week.

President Hassan Rouhani said on Saturday that all provinces across the country have at some point hit their peak infections and cases are expected to go down during the coming weeks.

He told a televised session of the national anti-coronavirus task force the “very high” fourth wave that engulfed the country was dominated by the variant first found in the United Kingdom that is more infectious than the original variant.

This is while the first cases of infections with the variants found in South Africa and India were identified in Iran last week.

“The best vaccine is the first vaccine,” Rouhani said as the country’s efforts to import significant volumes of foreign vaccines continue to lag.

“We hope we can vaccinate our at-risk citizens, whether those at risk due to age or due to underlying illnesses, by the end of this government to be able to say we have controlled the deaths,” said the outgoing president whose second term in office ends in early August.

After frontline healthcare workers and those inflicted with a number of underlying illnesses, now over-80 Iranians are being listed for vaccines. The government launched a website on Saturday to register people and give them a vaccine appointment online.

Only two million doses of Chinese, Russian, Indian, Cuban, and AstraZeneca vaccines from COVAX have been administered to Iranians in a country of more than 82 million.

Several cases of misappropriating vaccines have already been reported in different cities despite the low vaccination count. The head of a hospital in Tehran was fired last week for giving jabs reserved for hospital staff to relatives and acquaintances.

Rouhani said about nine million more doses are expected in less than a month, without specifying the jabs.

In addition to the SOBERANA 02 vaccine from Cuba, developed in cooperation with the Pasteur Institute of Iran, three other locally made vaccines are undergoing various stages of human trials and are expected to be mass-produced by the end of summer.