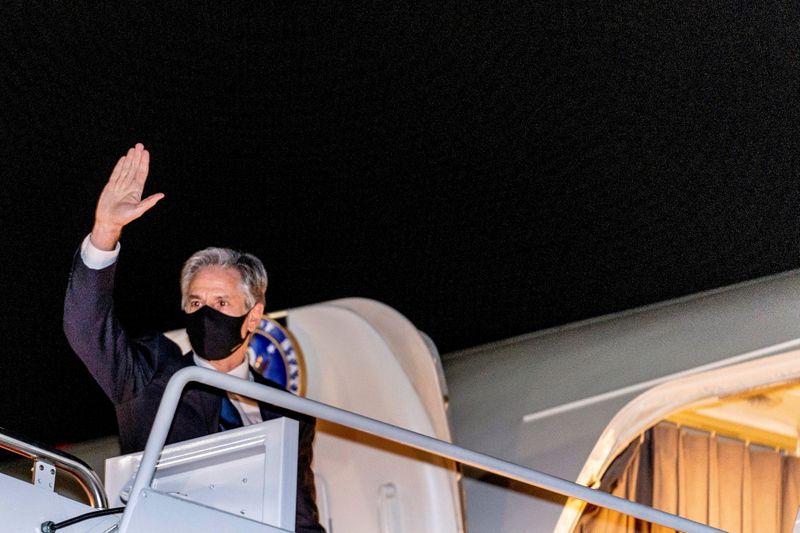 Climate change and security in Ethiopia, Sudan and the Sahel are set to top the agenda as U.S. Secretary of State Antony Blinken arrives in Nairobi on Wednesday to visit three of the continent’s major players: Kenya, Nigeria and Senegal.

His visit will likely seek to underscore the difference between President Joe Biden’s administration and his predecessor Donald Trump. Trump dismissed some African nations as “shitholes” , left key diplomatic posts to Africa empty and scoffed at climate change science.

Blinken’s first stop will be Kenya, where President Uhuru Kenyatta will want to discuss security following last month’s coup in Sudan and a widening war in Ethiopia , Africa’s second most populous nation and the headquarters of the African Union.

Blinken said last week that Ethiopia could “implode”, a prospect that would widen famine there and send millions of refugees around an already unstable region.

Kenya also contributes troops to an African Union peacekeeping force in Somalia, where al Qaeda-linked insurgents are battling the government. The mandate of the AU force is up for renewal next month and the United States is a key donor.

Blinken will also meet civil society representatives, considered an important bulwark of Kenyan democracy ahead of next year’s national election. Polls can sometimes turn violent and Kenya, East Africa’s wealthiest and most stable nation, is headquarters to many multinationals.

On Thursday, Blinken will visit Nigeria – Africa’s largest oil exporter – to meet President Muhammadu Buhari, whose government is battling an Islamist insurgency in the northeast and mass kidnappings by armed gangs in the north and northwest.

The two are expected to discuss possible security assistance from the United States, a source in the Nigerian presidency told Reuters. In July, Nigeria received its first six A-29 Super Tucano planes, four years after the United States agreed to sell the light attack aircraft to fight insurgents.

But analysts say Buhari has made little progress tackling corruption that has eroded the nation’s infrastructure – half of its citizens lack access to electricity – or abuses by the security services. A judicial panel report this week accused the army and police of firing on protesters in Lagos last year in what it called a “massacre.”

Blinken’s final leg is Senegal, considered one of Africa’s most stable democracies, where the focus will be on leaders and female entrepreneurs.

He will also visit Dakar’s Institute Pasteur, which signed an agreement – alongside Rwanda – with BioNtech in October to build the first mRNA vaccine manufacturing facility in Africa starting in mid-2022. Biden’s government has said it was working with manufacturers to help African countries boost vaccine production.