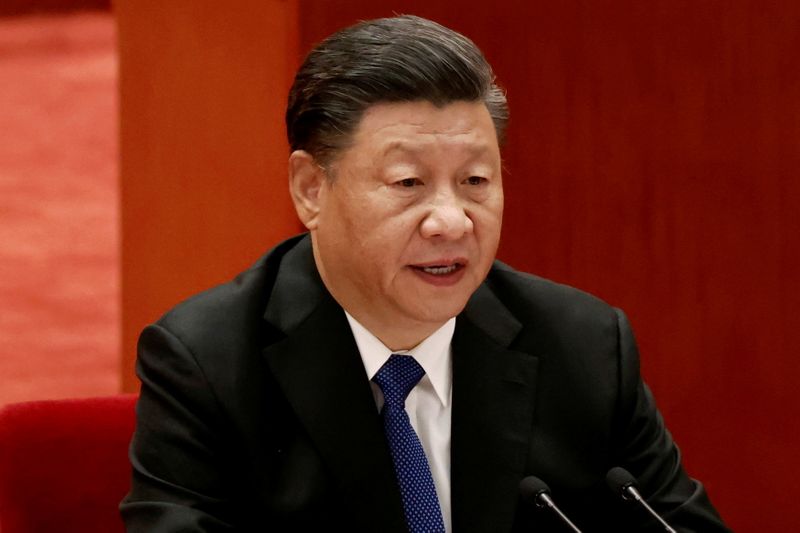 By Jake Spring and David Stanway

GLASGOW (Reuters) -China’s top climate negotiator said on Tuesday a broad deal on carbon markets was possible at the U.N. COP26 https://www.reuters.com/business/cop climate talks despite the tensions between Beijing and Washington.

Some delegates say the U.S.-China relationship is crucial for meaningful progress on global climate action at the summit.

It is the first global gathering of leaders to discuss climate change since former President Donald Trump, who antagonised China and quit the 2015 Paris Agreement the meeting is expected to build on, left office.

“China-U.S. joint efforts resulted in the Paris Agreement … it was hard-fought, you can’t just give up, but the U.S. gave up,” Chinese climate negotiator Xie Zhenhua told reporters at the Glasgow talks.

“Five years were wasted, but now we need to work harder and catch up.”

Xie said he expected countries to reach a deal in Glasgow to agree on the rules around carbon market that fall under Article 6 https://www.reuters.com/business/cop/toughest-tasks-un-climate-talks-article-6-co2-markets-2021-10-26 of the Paris Agreement.

That goal that has eluded negotiators since 2015, holding up the establishment of a global carbon market that could yield huge investments in projects to combat climate change.

Xie criticised rich nations for failing to make good on a pledge to mobilise $100 billion by 2020 in annual climate financing https://www.reuters.com/business/environment/climate-finance-could-make-or-break-cop26-summit-heres-why-2021-11-01 for developing countries.

Last week, COP26 President Alok Sharma said the goal would be met by 2023 https://www.reuters.com/business/cop/developed-nations-say-they-can-deliver-100-bln-climate-change-fund-by-2023-three-2021-10-25, but Xie said some negotiators since have suggested it could happen by 2022.

French President Emmanuel Macron emphasised the importance of China and the U.S. patching up relations, which were strained under Trump by issues including trade disputes and China’s human rights record.

“If there can be this Sino-American rapprochement, we can have results.”

But there are still signs that tensions between the two biggest emitters of climate-warming greenhouse gases could be a stumbling block at the talks.

Beijing has rejected Washington’s efforts to separate climate from wider conflicts between the two sides, with senior diplomat Wang Yi telling U.S. climate envoy John Kerry in September that there was still a “desert” threatening the “oasis” of climate cooperation.

One particular point of contention for China has been the U.S. imposition of sanctions on Chinese companies, including solar equipment suppliers, with links to the Xinjiang region.

The Global Times, part of the Communist Party-run People’s Daily stable of newspapers, said in an editorial on Monday that the United States should not expect to be able to influence Beijing on climate, while attacking it on human rights and other issues.

Washington’s attitude towards China has made it “impossible for China to see any potential to have fair negotiation amid the tensions”, the paper said.

Xi offered no additional pledges, while urging other countries to keep their promises and to “strengthen mutual trust and cooperation”.

China said Tuesday that Xi sent the statement after not being given the chance to make a video address to the delegates.

A UK government spokesperson said Britain wanted people to attend COP26 in person, and that leaders could not join virtually but could offer recorded addresses or statements.

Some climate activists and negotiators have expressed concern that Xi’s physical absence might mean China would offer no more concessions during this round of climate talks.

Beijing has noted it made several major pledges https://www.reuters.com/business/cop/china-submits-updated-climate-pledges-united-nations-2021-10-28 in the past year, promising to reach an emissions peak by 2030 and net-zero emissions by 2060, among other ambitions.

(Reporting by Jake Spring and Elizabeth Pineau in Glasgow, David Stanway and Josh Horwitz in Shanghai and Yew Lun Tian in Beijing; Additional reporting by Elizabeth Piper in Glasgow; Editing by Alexander Smith and Alison Williams)