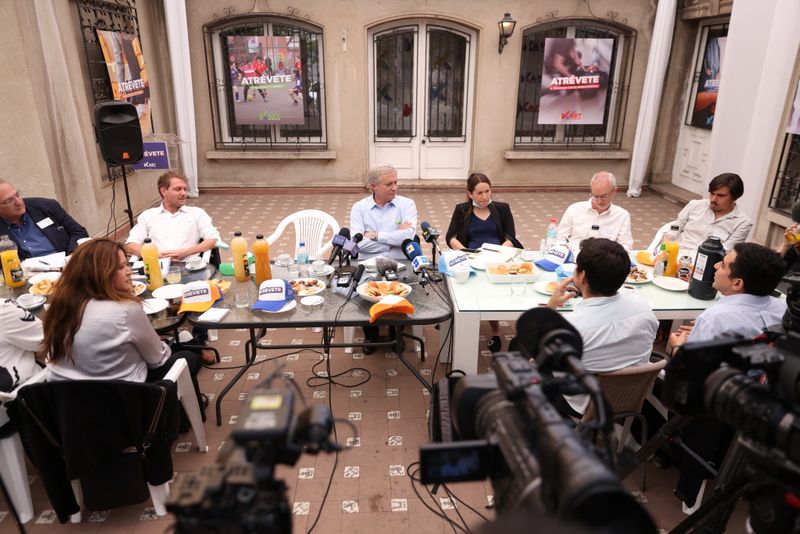 SANTIAGO (Reuters) – Conservative Chilean presidential candidate Jose Antonio Kast said on Friday that he does not feel like a “far-right” politician, as he has been called in the press, but rather a candidate “of common sense.”

With polls showing him neck-and-neck with his left-wing rival ahead of the Nov. 21 election, Kast told a news conference that it was journalists who have labeled him far-right. He said such categories are “old” and that his campaign seeks to break traditional patterns.

“How do you suppose that someone you call extreme right is currently ahead in the polls? Are all the Chileans who vote for me from the extreme right? That is not true,” he said.

Kast said his proposals on immigration, the environment and the economy “are common-sense” positions.

Kast proposes a more “efficient” state, criticizes the political class in general and embraces the legacy of the late dictator Augusto Pinochet who, he has said, would vote for him.

“We don’t have a way to ask him, but I don’t think he would have many alternatives,” he said. His main opposition on Nov. 21 will be leftist Gabriel Boric, a former student leader.

Kast is against abortion, which is only partially allowed in Chile, and says an eventual government of his would not promote the legalization of marriage between two people of the same sex.

Kast has criticized on numerous occasions the heavy flow of undocumented immigrants coming through northern Chile, saying the problem stems from “a narco-dictatorship in Venezuela.”

“We should expel the Venezuelan ambassador from Chile,” he said. “If we only have to have consular relations with them, then so be it.”