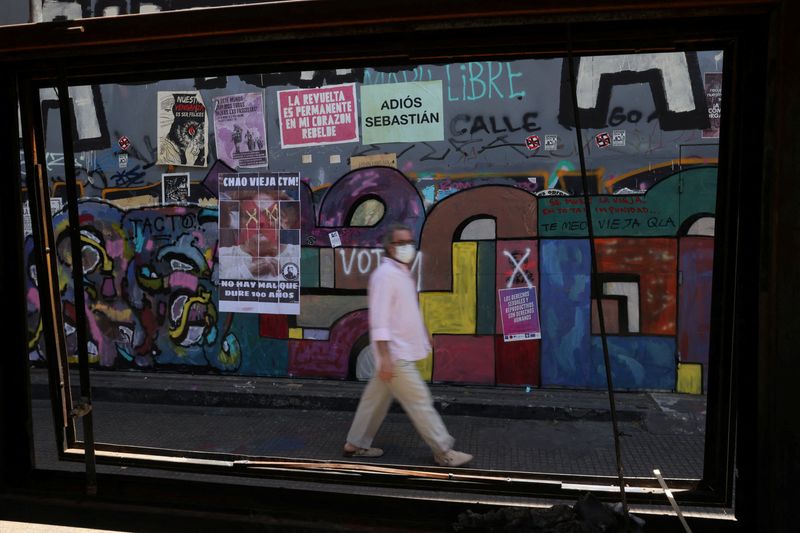 By Anthony Esposito and Natalia A. Ramos Miranda

SANTIAGO (Reuters) – Chileans head to the polls on Sunday to vote in the Andean nation’s most divisive presidential election in decades, with two candidates offering starkly different visions for the future from pensions and privatization to human rights.

On one side is Gabriel Boric, a 35-year-old former student protest leader promising social change, who has edged ahead in pre-election polls, versus ultra-conservative Jose Antonio Kast , 55, a lawyer who has won support for a hard law-and-order line.

“Two models for the nation are going face-to-face,” Kast wrote in a letter published Saturday in local newspaper El Mercurio, citing Boric’s plans for “total transformation” and his own promising “change with order and stability.”

Both candidates come from outside the centrist political mainstream that has largely ruled Chile since its return to democracy in 1990 after the dark years of military dictatorship under General Augusto Pinochet, whose ghost still looms large.

Both candidates got under 30% of the vote in a fragmented first round in November and have been battling hard since then to win over sometimes skeptical moderate voters in the copper-rich country of some 19 million people.

“It is not that I am 100% with Boric, but now it is time to decide between two opposing options and Boric is my choice,” said Javier Morales, 29, a construction worker who attended Boric’s campaign closing event this week.

Boric supporters say he will overhaul the country’s market-oriented economic model that dates back to Pinochet. It has been credited for driving economic growth, but attacked for creating sharp divides between rich and poor.

Kast, meanwhile, has defended Pinochet’s legacy and aimed barbs at Boric for his alliance with the Communist Party in his wide leftist coalition, which has resonated with supporters.

“I feel Chile needs a bit of order,” said Florencia Vergara, 25, a dentistry student, who is supporting Kast as the “lesser evil” for the economy. “I like his proposals on economic issues, although I don’t agree with all his political ideals.”

Boric, who rose to prominence leading a student protest in 2011 to demand better and more affordable education, wrote in an open letter that his government would make the changes Chileans had demanded in widespread social uprisings in 2019.

“(That means) having a real social security system that doesn’t leave people behind, ending the hateful gap between healthcare for the rich and healthcare for the poor, advancing without hesitation in freedoms and rights for women,” he said.

The 2019 protests, which ran for months and at times turned violent, sparked a formal process to redraft Chile’s decades-old constitution, a text which will face a referendum vote next year.

The final polls ahead of the run-off election show Boric widening his lead against Kast, though most polls show a close race.

Businessman Jorge Valdivia, 54, a Boric supporter, said the vote was a chance for the country to close a chapter on the past and shift toward a more inclusive economic and social system.

“We can close the dark, damaging and abusive model that benefited a small minority. We have an opportunity to open things up towards the future in benefit of our children,” he said.