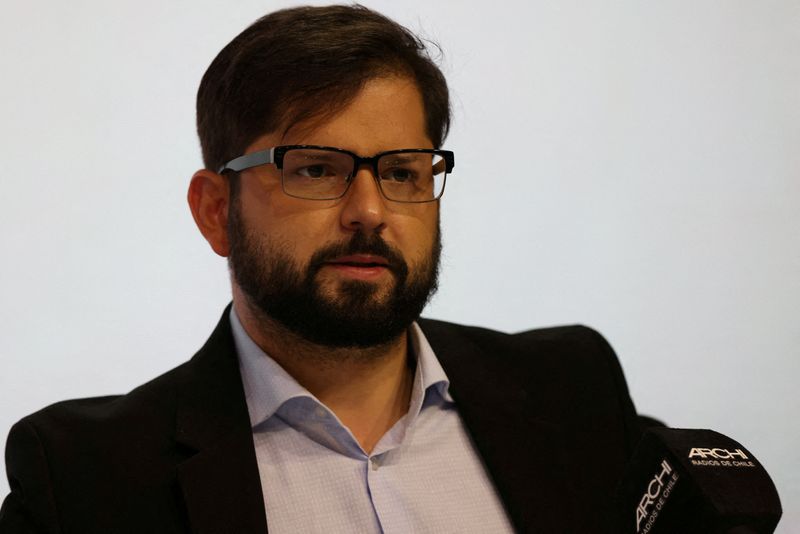 By Natalia A. Ramos Miranda and Fabian Cambero

A private survey from pollster Cadem, seen by Reuters, showed Kast with 36% of the voting intention, just 3-points behind Boric, half the gap there had been at the end of last month shortly after the Nov. 21 first round vote.

The narrower gap sets the scene for a knife-edge run-off vote, the first presidential decider since Chile was rocked by widespread protests two years ago that saw months of marches as well as street violence in protest against inequality.

Bunker said that Boric held a slight advantage and that the biggest shock would be a Kast victory, but that polarization in the country and voluntary voting made the outcome difficult to predict. He expected relatively weak voter turnout.

“Everything is possible,” he said.

The vote has divided Chileans between a revitalized progressive left, which has gained strongly since widespread social protests in 2019, and a counter movement on the far right that has rallied around Kast’s tough law and order message.

Boric and Kast offer wildly different visions for the future of the Andean nation, the world’s top producer of copper and long seen as a bastion of stability in the region that is plagued by political upheaval and economic volatility.

The Cadem poll showed that a quarter of people were still undecided or did not plan to vote. It also showed Kast attracting more moderate voters than before from defeated first-round conservative Sebastián Sichel.

A second poll, from La Cosa Nostra which surveyed 600 people between Nov. 27 and Dec. 7, showed that Boric remained ahead with 52.5% of the voting preference versus 47.5% for Kast, when only valid votes were taken into account.

The pollster’s previous survey was carried out in early November well before the first round vote, which had showed the two candidates neck-and-neck in a hypothetical second round.

The country is in a two-week blackout period where pollsters cannot publicly publish surveys on the vote, but private polls are often commissioned.