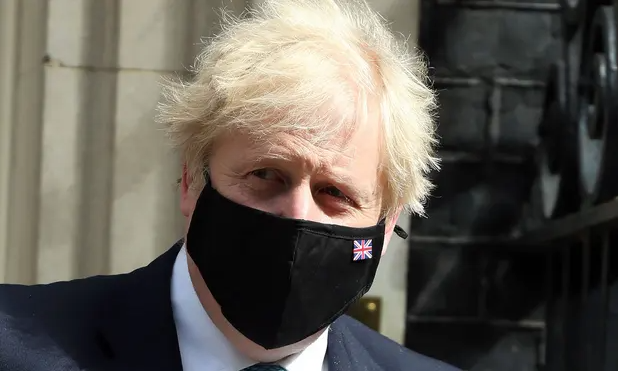 Boris Johnson has had a county court judgment issued against him for a debt that has not been repaid, official records show, placing the prime minister at risk of not only a bad credit rating but potential enforcement action by bailiffs arriving at Downing Street.

The official register of county court judgments for England and Wales shows that Johnson had a judgment against him in October last year over an unpaid debt of £535. The register does not give details of to whom the debt is owed.

The judgment, issued on 26 October, is for the online county court, whereby people owed a debt can seek recompense through a web-based form, rather than having to attend court. It is listed as an “unsatisfied record”, meaning it had still not been paid.

County court judgments are a late point in a process of seeking redress for a debt, indicating the prime minister would most likely have been contacted via post several times earlier, asking him to repay the debt.

Unless a debt incurring a county court judgment is paid within 30 days, it is placed on someone’s credit record for six years, making it much more difficult to get loans or mortgages. A creditor can also apply to the county court for a bailiff to collect the debt.

The news will increase scrutiny of how Johnson was able to afford to pay for a refurbishment of his Downing Street flat, which reportedly cost up to £200,000, for which he is believed to have paid partly via a loan. The Electoral Commission has begun an inquiry into how the work was funded, saying there were “reasonable grounds” to suspect multiple offences may have been committed.

The relatively small amount of the debt for which the judgment was issued indicates it is likely to have happened through disorganisation rather than an inability to pay.

Johnson has previously had to apologise to MPs for the late declaration of more than £52,000 in income.